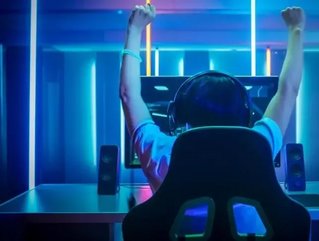 China’s NetEase, one of the country’s most prolific online video game and internet technology firms, has acquired a minority stake in Behaviour Interactive, the largest independent game developer in Canada.

NetEase, responsible for both an array of hugely successful first-party titles in China as well as local versions of some of the world’s most popular games, experienced a jump in net revenues of 24.1% in 2018, according to China Daily.

This increase brought NetEase’s total net revenues for the year up to US$9.8bn and, earlier this year, VGR listed it as the fifth biggest games publisher in the world (based on Q3 2018) behind Microsoft, Apple, Sony, and Tencent which leads the pack.

The move is the latest in a series of strategic acquisitions in Western video game developers from NetEase.

Earlier this year, the firm acquired a minority stake in Quantic Dream, a French studio known for narrative-driven games, and in 2018 it invested $100mn in Bungie of both Halo and Destiny fame.

Not only that, but it has partnered with Blizzard, developer of World of Warcraft and Diablo, to launch localised versions of their games in China.

"NetEase is pleased to further develop our relationship with Behaviour, an online games pioneer and a leader of the asymmetrical battle arena genre,” said Ethan Wang, NetEase’s Vice President, in the company’s press release. “We look forward to leveraging Behaviour's deep passion and expertise to enhance our R&D efforts and deliver even more exciting new products to players worldwide."

Rémi Racine, President and Executive Producer at Behaviour Interactive, added: "NetEase's investment validates the reputation for excellence and efficiency we have built in the online games sector over the last 27 years.

"At Behaviour, we are continuously looking for opportunities to accelerate growth by investing in R&D for new and innovative games for our players and in the recruitment of exceptional talent. As an industry leader in online games, NetEase brings highly reputable R&D and operational capabilities and experience that we believe will drive sustainable, long-term growth well into the future."

The value of the transaction has not yet been disclosed.