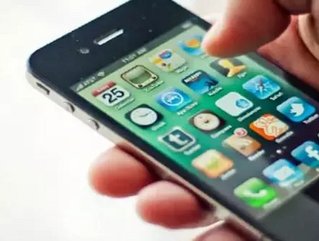 Gone are the days of running between stores to compare prices – and the days of virtually doing this on your laptop at home.

Australian National Retailers Association (ANRA) found that out of 1,000 people surveyed across the country, nearly 40 per cent have used a smartphone or a tablet to compare prices in the last six months.

Nearly 25 per cent of people surveyed use their phone as a shopping aid, which turns out to have a pretty detrimental effect on retailers: a whopping 80 per cent of shoppers who comparison shop in-store chose to buy from an alternative retailer.

In an effort to capitalise on the growing infiltration of smartphone shoppers coming through their doors, Big W took an innovative step last week: they became the first business in Australia to offer no-deposit lay-bys via their iPhone app.

“In our businesses we are actually doing innovative things but we don't talk about it enough,” said Big W’s director Julie Coates at a business lunch in Sydney on Wednesday.

The app, according to CNET, limits shoppers to only the items featured in the store’s most recent weekly paper catalogues. A QR code next to each item in the catalogue allows for easy mobile scanning to purchase the item, or put it on lay-by.

An Android app is still in the works. Fingers crossed it’s available in time for holiday shopping!