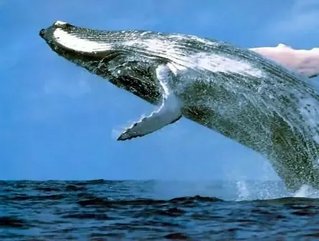 Last month, we brought you this story about the mining boom’s negative impacts on Australia’s koala populations as operations expand into the furry marsupials’ eucalyptus-rich habitats.

Now, scientists are distressed over another group of mammals whose breeding grounds are being threatened by the resource industry: whales.

Various news outlets reported today that an increasing number of humpback whales – about 10 per cent more each year – are breeding just off the Queensland port areas, putting themselves and industry ships in danger of colliding. Hotspots for breeding activity include the busy waters east of Mackay and in the Capricorn and Bunker island groups off Gladstone, according to Dr Joshua Smith from the University of Queensland.

Read the May issue of Business Review Australia

At least seven ports, include the two aforementioned, are slated to expand as a result of the booming minerals production.

Mackay’s waters are of particular concern because they coincide with a major designated shipping area within the Great Barrier Reef. This winter’s east Australian humpback whale population is currently pegged at about 17,000.

''We could predict from the model that there is likely to be a greater reliance on the coastal waters of Mackay and Gladstone as the season progresses, and mothers with newborn calves utilise these areas more,'' Dr Smith said in the journal Marine Ecology.

“Increased shipping can lead to increased ship strikes and have a serious effect on the recovery of whale species, which has been well documented in North Atlantic right whales.''

An aerial survey will commence to help scientists better understand these whales’ movements in the southern Great Barrier Reef.