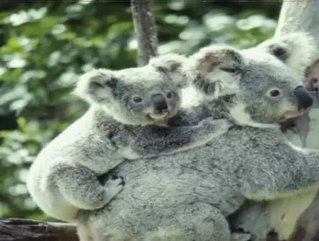 The mining boom isn’t benefitting all Australians: koalas are bearing the brunt of the industry’s vast expansion across their habitats.

According to research conducted in areas highly populated by the furry marsupials, koala numbers are one the decline and they are expected to be listed as a ‘threatened’ species comes Monday, the Sydney Morning Herald reported.

Specifically, in south-east Queensland, their rating is likely to be increased to “endangered,” while east NSW inhabitants may be listed as “vulnerable.” These alterations mean the federal government could enforce guidelines on housing developers and logging processes that would help protect koalas in these areas. Because the koala populations in Victoria and South Australia have not been as impacted, they are not likely to receive the same classifications.

This classification discrepancy isn’t sitting well with some koala advocacy groups: the Australian Koala Foundation’s chief executive, Deborah Tabart, expressed her displeasure over the potential of mining and logging projects taking precedence over the wellbeing of the koala population to the SMH: “They're going to protect populations that are nearly extinct, and they'll say 'let's evaluate the others for a few more years', and meanwhile those industries will just continue on there with business as usual,” she said.

The industries aren’t entirely to blame – environmental factors and disease have also contributed to the population decline – and Environmental Minister Tony Burke told the newspaper that his classification changes are based on advice from Australia’s Threatened Species Scientific Committee.

“We know that koalas are under pressure in some parts of Australia while they are abundant in others. But I can't provide a blanket threatened species listing across Australia when there are many places where koala numbers remain high,” Mr Burke said.