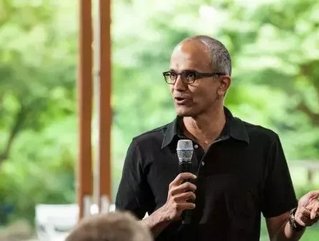 Satya Nadella, a 22-year veteran of Microsoft, has been named the new CEO for the tech firm. He is the third person to take the position in the company’s 38-year history. Microsoft’s appointment comes on the heels of a five-month search after Steve Ballmer announced his decision to retire in August of 2013 after 10 years as CEO. Bill Gates also announced that he would step down as chairman to advise Nadella on technology.

With a background in electrical engineering and computer science, plus his contribution as head of Microsoft’s cloud division and two-plus decades of experience in the firm, Nadella was the obvious choice according to analysts. Microsoft has made it clear that their focus for the future is cloud and cloud-computing technology, proving further why Nadella is the right man for the job. Analysts have also mentioned that the stepping down of Bill Gates is a historic change, and that most investors should keep an eye on the next twelve to eighteen months in regards to big company announcements and changes.

While most investors were looking forward to any sort of change, some investors were hoping for an outsider to reinvigorate the company and stock performance. However, Nadella’s close working relationship with former CEOs Bill Gates and Steve Ballmer gives him an understanding of the company a newcomer would not have.

Microsoft’s new CEO’s impact on Microsoft Australia is as of yet unknown. An estimated 17 million Australians utilize the company’s software either at work or home, including the use of Internet Explorer and the search engine Bing, the Office Suite, the mail service Hotmail, Windows phone and the Xbox game console Xbox. With Nadella and Microsoft’s focus on cloud computing, people from all over the world will continue to connect to the things that matter most, and be able to do so seamlessly across all of their platforms.

Microsoft’s presence in Australia began in 1983, seven years after it was founded. Today, Microsoft Australia employs over 900 people across Australia’s capital cities.