Melbourne’s Werribee suburb to have its own central business district 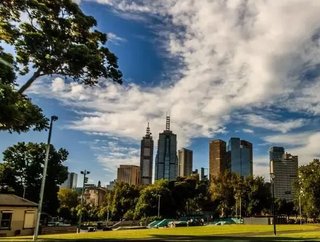 The western suburb of Melbourne, Werribee, is set to have its own central business district within 30 years.

The news was revealed by Kate Roffey, a member of Wyndham City Council: “We’ll have a Werribee skyline.”

“It’s obviously not going to be your New York or Sydney style skyline, but we will have some height and scale here.”

“There’ll be people coming here for work and jobs,” Roffey added, according to ABC News.

The Coalition and Labour intend to develop the alternative central business district, or a “National Employment and Innovation Cluster”, 30 kilometres from Melbourne’s equivalent.

The district has been dubbed the Australian Education City, and is set to host 50,000 people according to the Victorian Planning Authority.

Both IBM and Cisco have expressed interest in relocating to the new district, ABC News claims.

“We tend to think it’s probably more risky than it is because it’s new, and people say, ‘How can you develop all of this land into something substantive like an education city?” Roffey continued.

“But Cisco and IBM want big footprints and that’s something you can’t get in a lot of places anymore. So you just need one [company], and the others will come.”

The authority is targeting locations such as Monash University, Parkville, Fishermans Bend, Dandenong, La Trobe University in Bundoora, and Sunshine.