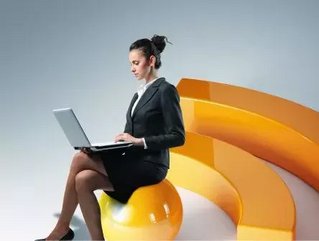 In response to the success of the Wi-Fi offering at Flinders Street Station, Melbourne is looking to expand their free public Wi-Fi services to more of the central business district in the coming months. The wireless internet program is in its first stage in a large rollout for the business district and possibly, in the future, more of Victoria. The announcement debuted right after news that NBN Co had begun trials of fibre-to-the-basement broadband in eight high-rise buildings in Melbourne.

"As the first step, the initiative aims to pilot fast, reliable and free Wi-Fi services in central Melbourne, in and around publicly owned infrastructure, including public transport hubs and tourist attractions,” said Premier Denis Napthine.

He has also stated that a partnership between state government, the City of Melbourne and the private sector would be in charge of deploying the network. Officials are expecting the project will support small businesses, improve tourism experiences, assist the education sector, and further strengthen Victoria as Australia’s leading technology state.

Companies are being asked to submit expressions of interest (EOI) for the service, to help the government deliver the free Wi-Fi program. Responses to the EOI would be assessed depending on their “commercial viability, with strong preference given to proposals where there is no ongoing cost to government, beyond any potential initial investment to establish the infrastructure,” said Napthine.

Government support could include direct grants, money for advertising, sponsorship and priority access to public infrastructure and facilities. The contracts for the wireless internet program will be awarded in mid-2014. Service is expected to have a continued rollout period of the next three to five years.

Businesses have until April 17th to submit their EOIs.