Melbourne Bridge to be Named After Jim Stynes 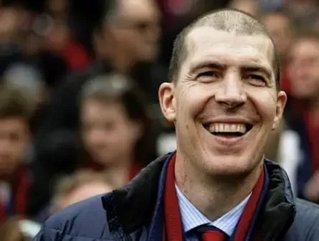 The Melbourne Demons champion passed away in March of this year after a long battle with a rare form of melanoma.

According to Planning Minister Matthew Guy, Stynes was the overwhelming choice among voters in a Herald Sun poll that asked readers what the city should name the bridge.

“The new Jim Stynes Bridge will be a wonderful addition to a new and exciting part of the city that, like they did with Jim, all Victorians will grow to love,” Mr Guy said in a statement on Thursday, according to Sky News.

The bridge is expected to begin construction later this year as part of an $18 million redevelopment project. It will link the Docklands area to the city centre along the Yarra River.

In addition to winning Victorian and Melbournian of the Year, Stynes became the first international player to earn the prestigious Brownlow Medal in 1991. He was also an Order of Australia recipient. Through his work with the Reach Foundation, an organisation he cofounded, he helped make a positive impact on youth across the nation.