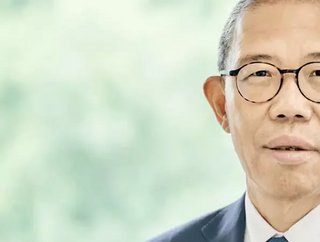 While normally associated with being low-key, both reluctant to speak to the media or socialise in elite circles, Chinese entrepreneur Zhong Shanshan, 67, has been thrust into the spotlight after being crowned China’s richest man.

Claiming top spot in the Hurun China Rich List 2021, and shooting straight into the Top 10 globally, Zhong (aka the ‘bottle water king’) has overtaken China’s tech billionaires like Alibaba founder Jack Ma and Bytedance founder Zhang Yiming with a personal fortune of US$60.5bn, up 7% on last year.

And he’s done it, not from doing anything hi-tech, but simply from bottling and selling water. As founder and chairman of Nongfu Spring, Zhong has grown the business 10% over the last year after raising US$1bn in the firm's debut Hong Kong IPO in 2020.

So, how exactly did this humble man manage to turn water into gold?

Like quite a few of China’s biggest billionaires, Zhong had a tough start in life. Brought up in poverty, he dropped out of school aged 12 during China’s chaotic Cultural Revolution and took odd jobs in construction and carpentry to help feed his family.

Once China’s Cultural Revolution ended, he secured a degree in journalism, while still working, and turned his hand to writing. It was this first proper job as a journalist for Zhejiang Daily in the mid-1980s, interviewing more than 500 self-made billionaires, that gave Zhong the entrepreneurial kick he needed.

He went on to start three separate businesses, the first growing mushrooms, the second prawns, and finally turtles (to create nutritional supplements), before turning his business brain to water; and starting in 1996 what was to become the biggest bottled water company in China (Nongfu Spring). The rise of a billionaire bottled water maker

While Zhong certainly took advantage of the fact that China’s tap water was then mostly undrinkable and that the country was on the cusp of a booming bottled water market in line with its economic rise, he was also ambitious and wanted to stand out from the bottled water crowd. And he did. By convincing Chinese consumers that Nongfu’s water was special, both higher quality and healthy.

Determined to emphasise the health benefits of his natural water, Zhong took a number of steps that would secure his billionaire status: he removed the natural minerals from the water, which hadn’t been a thing in China before; created the idea that ‘weak alkaline water’ can improve your health; and branded the water ‘Nongfu Spring’ to help consumers connect the water directly to nature.

By 2018, the red-capped bottled water was China’s top seller with a 28.3% market share. Zhong brought on other drinks products, from vitamin waters to energy drinks, and the company made its debut on the Hong Kong Stock Exchange in 2020 at a market value of US$48bn. Today, Zhong has an 84% stake in the company.

It's not the only business that's taken Zhong to billionaire status, however. In 1993, he founded pharma firm Beijing Wantai Biological. After tapping into the massive demand for COVID-19 test kits, Zhong took the business public at the start of the pandemic, in April 2020, on the Shanghai Stock Exchange. The firm has seen 40% growth in the last year.

Despite all his success, and wealth, Zhong remains low-key and reclusive, often referred to by the media as ‘China’s lone wolf’. In a rare interview with Chinese media, he once said: “I don’t like to deal with people and have to drink.” Except water, perhaps?