Meet the CEO: The rise and rise of Trip.com Group’s Jane Sun 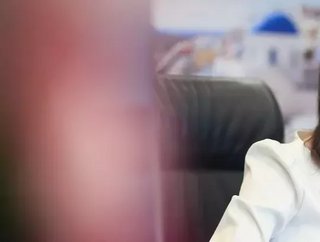 One of only a few female CEOs in China’s tech industry, Jane Sun has grown Trip.com Group in size, revenue and female representation

When Chinese businesswoman Jane Sun made the transition from a multinational engineering firm to a travel startup in 2005, her intention was to be part of a business that “brings happiness to the people”.

And 16 years on, she’s not just achieved this but done so on a grand scale, having been instrumental in the creation of the largest online travel agency in Asia.

A consistently powerful force in the group and travel industry worldwide, Sun is respected for her extensive experience in operating and managing online travel businesses, M&As, financial reporting and operations.

And the proof is in the pudding. Since joining as CFO in 2005, the market capitalisation of the NASDAQ-listed Trip.com Group has grown from US$1bn to US$20bn and its global footprint has expanded dramatically

But it’s not just in size and revenue where the firm has seen growth. Under Sun’s leadership, Trip.com Group has grown in female presence and empowerment too.

Throughout her executive leadership at Trip. com, 53-year-old Sun has championed female success, fostered a positive work culture and implemented a raft of gender-inclusive employee policies, from birth gifts to financing education, becoming the first company in China to offer egg-freezing as a benefit.

Women now represent more than half of Trip.com Group’s 45,000 employees, with 41% holding mid-level managerial roles and over 30% executive roles

It’s a gender balance achievement Sun describes as far exceeding “the average internet companies in China and Silicon Valley”. And she should know, having lived and worked in both, including as an audit manager for KPMG in Silicon Valley.

An advocate for female leadership in Asia

On International Women’s Day, March 8, this year, Sun highlighted how despite the fact that women earn 57% of undergraduate degrees and 59% of master’s, and are fast-approaching half of all MBAs, just 6% of S&P 500 companies are led by women CEOS.

“Women in leadership, especially strong successful female leaders, shouldn’t be unique or rare, yet they often are,” she said, adding that “decision-makers need to step up and take important strides to foster greater equality in leadership and workforces”.

Such outspoken advocacy for women in business have in part garnered her an array of prestigious accolades, from being named by Forbes in 2017 as one of the ‘Most Influential and Outstanding Businesswomen in China’, to being included in Fortune Magazine’s Top 50 Most Powerful Women in Business for four consecutive years.

In response to recently being named one of Fortune’s ‘Most Powerful Women International 2020’, Sun said she was “humbled” to rank alongside the world’s most inspirational women in business and “grateful for Fortune’s recognition of the hard work we are doing at Trip.com Group to push for the revitalisation of the travel industry”.

Pioneering throughout the pandemic

And certainly, throughout the pandemic, Sun has lived up to her ‘powerful woman in business’ accolades, pioneering products and marketing channels to engage customers and secure cashflow for industry partners.

She spearheaded the Travel On initiative bringing the industry together to revitalise travel with new safety standards and flexibility guarantees and announced the investment of hundreds of millions of dollars into the industry. She donated more than 3m surgical masks and even sacrificed her own salary to show solidarity with the struggles faced by so many.

Even during what has been the most difficult time for the travel industry, Sun is continuing what she set out to do, to bring “happiness to the people”.