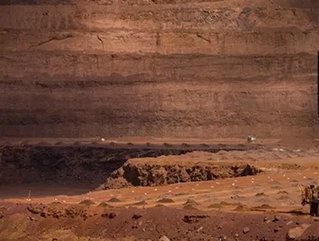 Rio Tinto has responded to reports of Glencore’s renewed interest in merging with the Anglo-Australian mining giant by engaging with Macquarie Group. The partnership is geared towards helping Rio Tinto defend against merger talks, as sources close to the company believe a “merger of equals proposal” greatly undervalues the mining company, and that there is no support within Rio’s management for the proposal.

“Rio Tinto responded that it was not interested in pursuing these discussions,” a statement read. “Glencore confirms that it is no longer actively considering any possible merger transaction with, or offer for the shares of, Rio Tinto.”

It is believed that the mining giant received an informal approach in July detailing around a $US160 billion merger from Glencore CEO Ivan Glasenberg. Because of British takeover laws, Glencore would not be approached to make another approach for the merger for six months, unless certain situations present themselves.

Macquarie Group is being consulted in case another merger approach comes to pass. Experts believe that the financial advisory company was originally involved in a consultation capacity when Rio Tinto rejected Glencore’s initial approach. The company has been a long-term adviser of Rio Tinto, and will help Rio move forward with their plan to maximize shareholder value.

Over the next six months, analysts expect Glasenberg to lobby Rio shareholders for support, especially if iron ore continues to drop and put pressure on Rio’s share price.

Iron ore is the tentpole commodity of Rio Tinto, accounting for 64 percent of the company’s present net value. Those who support the merger between Rio and Glencore believe the deal could create not only the largest mining company in the world, but one that would be less reliant on iron ore. HSBC estimates a combined group’s earning in 2016 would be 42 per cent iron ore, 24 per cent copper, 10 per cent trading and 8 per cent zinc, with the remainder made up of coal and aluminium.