LinkedIn lists the top startups to work for in Australia 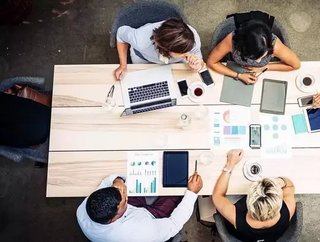 LinkedIn has released its list of the top most attractive startups to work for in Australia, based on an analysis of actions from members of the site.

When referring to the list of 25, the Country Manager of LinkedIn Australia and New Zealand, Matt Tindale, stated: “It is also great to see such diversity in the list.”

“It is encouraging that the founders of the top two startups, Canva and Expert 360, are women.

“It is fascinating that the list doesn’t just feature tech players, but includes a mix of companies from diverse sectors such as graphic design, consultancy, furniture, financial services, marketing, as well as food and beverage.”

The marketing platform employs 60 people and is based in Sydney. Bench focuses on implementing data and artificial intelligence in its campaigns for companies including Marriot and 20th Century Fox.

The Melbourne-headquartered payment platform initially launched as PromisePay in 2014. The company offers its services to banks and has a global headcount of 130.

The firm based in Brisbane employs more than 500 people. The company delivers meal kits and promises to save its average customer 15 hours a week in shopping, cooking, and cleaning.

Versent is a cloud consultancy company in Sydney and Melbourne, with its headquarters in the New South Wales capital. The firm was founded by executives form the National Australia Bank and now hires 221 members of staff.

Prospa offers loans online, targeting small businesses. The company, which has a headcount of 120, has offered loans to more than 12,000 SMEs from its Sydney-headquarters.

The 100-member, Sydney-based company works as an outsourcing specialist. The firm was established in 2012 and has since acquired 1.6mn customers.

Koala employs 84 people and is headquartered in Sydney. The bedding retailer focuses on environmentally responsible mattresses and has donated money to charity for every mattress sold.

The management consultancy company based in Adelaide offers all its 78 members of staff a share plan to become a part owner of the firm.

Sydney-headquartered freelance marketplace, Exper360, has an online database of over 19,000 people and 400 companies – including some of Australia largest firms, Telstra and Woolworths. Expert360 has a global headcount of 68.

Canva is a Sydney-based graphic design platform. The firm, which employs 300 members of staff, reached unicorn status in January 2018. The company is capable of creating 13 designs per second from its 10mn users across 190 countries.