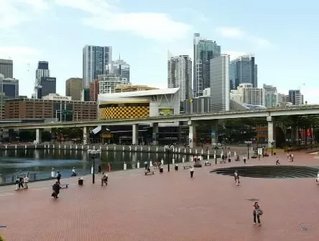 Beating out competitors such as Key Partners and the VeNuSW consortia, Lend Lease and the Destination Sydney consortium (which also includes HOSTPLUS, Capella Capital, AEG Ogden and Spotless Group Ltd) will complete various projects along the 20-hectare precinct between Haymarket and Cockle Bay, and from the CBD to Ultimo.

On the docket are a $1 billion convention and entertainment complex upgrade, to be completed in conjunction with Infrastructure NSW; a 900-room hotel; 1400 apartments; and 23,000 square metres of student accommodation near the University of Technology Sydney.

The company is also currently developing the harbourside precinct at Barangaroo, but has assured the media that they can handle the increased workload.

"For the past couple of years, (Lend Lease's) NSW construction activity has been smaller than Queensland and Victoria," Lend Lease construction and infrastructure chief executive Mark Menhinnitt told The Australian. "Historically, we have a lot of capacity in NSW. It is our home state."

The upgrades are expected to drive $200 million into the state’s annual economy upon their completion in 2016.

"This plan fulfils a key election commitment and will create jobs for 1600 people during the three year construction, which starts at the end of 2013, and provide ongoing employment for 4000 people across the precinct," NSW Premier Barry O'Farrell told Business Spectator.

"The redevelopment goes far beyond improving facilities - it's also about reshaping the city. Darling Harbour already attracts 25 million people a year and this development will create a more vibrant place on Sydney Harbour.”

According to Property Observer, Lend Lease is expected to break ground on these new projects in December 2013.