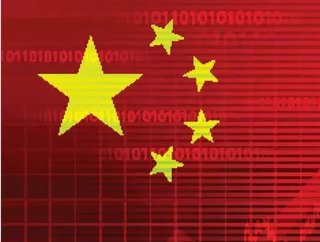 A surge in venture capital investment and IPOs in Asia Pacific in Q4 is set to continue with increased focus on domestic investment, healthcare and biot...

Venture Capital (VC) investment in Asia continued to rebound in Q4 of 2020, primarily driven by a continued surge in investment in China. Chinese companies accounted for nine out of the top ten largest VC deals in Asia Pacific, including the top five mega-deals recorded globally for that quarter, according to KPMG analysis.

KPMG's Venture Pulse Q4 2020 report finds that VC investment in China rose to an eight-quarter high, totalling US%19.8 billion across 869 deals (up from 830 deals at US$14.9 billion in Q3) with investors focused heavily on domestic opportunities.

The top five deals in the world were all done in China, including:

This surge in the latter part of last year offers a positive sign for VC investment in Asia Pacific and especially in China given the increasing focus on domestic investment and growth.

The focus in Q4 2020 for China was on domestic opportunities, and this is likely to continue and increase this year, especially given some of the geopolitical tensions. Even China-based mature tech companies are positioning their lens on domestic and regional opportunities.

“There is also an increasing focus on improving the sustainability of the supply chain in technology and related sectors, with investments towards the development of underlying deep-tech areas like chipsets, sensors, 5G, AI and databases,” states Philip Ng, Partner, Head of Technology, KPMG China. “It is expected that, over time, these investments will help fuel ongoing innovation in the country”.

Egidio Zarrella, Partner, Clients and Innovation at KPMG China points to transportation and logistics, automotive, edtech, and health and biotech, as sectors likely to be ripe for investment in 2021, as well as “increasing investments in different green technologies, not only in China, but across Asia”.

Health and biotech expected to soar

In fact, Biotech was already gaining traction among VC investors in China at the end of last year, with several companies raising US$100 million+ in funding rounds in Q4. Among these LianBio and RecBio, which raised US$310 million and US$224 million, respectively.

“Many companies are attracting investments, from diagnostics and medical equipment to biotech companies focused on vaccine development and therapeutics.”

Healthcare and Biotech were also big winners in IPO market in Asia in Q4 and especially Hong Kong, “a trend we expect to continue well into 2021 given the solid deals pipeline”.