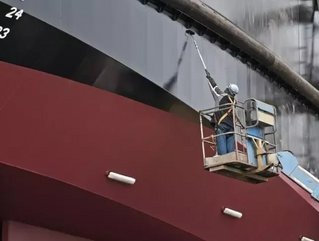 Business Chief speaks to Eric Mallace, Managing Director at Jotun Malaysia and Singapore, to find out how the business has grown from its origins in Norway into a global paint company

Jotun Paint Group is now very much a worldwide enterprise, but the  business has come a long way in 91 years.

It started back in 1926 when founder Odd Gleditsch returned from a whale hunting trip at the age of 15, when he had learnt first-hand the importance of paint in protecting ships. As a result, a new industrial adventure was born.

Nowadays the company has more than 40 manufacturing facilities across the world and distributes its products across more than 100 countries.

At the end of last year, Jotun launched new factories in the Philippines, Myanmar and Malaysia to add to its existing facilities in Malaysia, as well as Thailand, Vietnam, Indonesia, China and Korea.

Malaysia is also the regional hub for Jotun South-East Asia’s operations and R&D Centre for the development of new products for Southeast Asia.

According to Eric Mallace, Managing Director of Jotun Malaysia & Singapore, it’s an exciting time for Jotun Paint Group as it looks to capitalise on the opportunity presented by the Asian market and expand the company’s regional market share, all the while continuing to innovate.

“Asia is an important and fast-growing region for Jotun,” says Mallace. “The GDP and population are generally high, which is a key driver for success.

“In recent years, we have been growing aggressively in all of our four main strategic segments – Marine Coating, Protective Coating, Decorative and Powder Coating – especially in Asia, and we will continue to invest in this region.

“With our regional R&D lab, we continue to develop new products that are tailored to suit the needs of the local market. We will also strive to enter more new markets and pioneer in innovating new solutions, formulated with environmentally friendly products.”

Making paint products safer has very much been a focus of the market in recent years and Jotun Paint Group is no different: “Right now, Jotun’s research and development conforms to the group policy on launching new hi-tech products which offer greater performance whilst remaining eco-friendly,” Mallace explains.  “It is part of our commitment to protecting the environment. A good example of this is that Jotun has stopped using raw materials containing harmful chemicals.”

That’s just the latest in a list of successful company innovations. Jotun has pioneered the Multicolor Tinting System since 1976, a state-of-the-art system which puts over 10,000 colour creations of almost any hue at your fingertips and dispenses the chosen paint colour in less than three minutes.

Mallace describes it as “one of the best tinting systems globally”, but a lot of Jotun’s early success was mainly founded on providing marine coatings, an area where it has always been ahead of the market.

The company’s success in continuing to innovate to stay competitive in the market has to be lauded, as does the company’s brave and aggressive expansion across the globe.

It has certainly been an impressive journey for Jotun from its beginnings as a local paint factory.

Gleditsch’s original vision saw Jotun growing into a worldwide company and, with the groundbreaking nature of some of the products, the company created industrial history along the way.

The charismatic Norwegian’s entrepreneurial character embedded itself into the foundations Jotun has built itself on.

When Gleditsch’s son, Odd Gleditsch Jr., started working for the company in 1953, the economic growth in the Middle East attracted his attention, and so in 1962 Jotun opened its first factory abroad, in Libya.

This proved to be the beginning of a whole new adventure for the company as Jotun’s global expansion continued, and in 1968 the firm opened its first factory in Thailand, thus establishing the company in Asia.

Jotun is still looking to grow its reach to this very day, but even with all of the strong experience the company can rely on and Jotun’s previous successes, Mallace is still adamant it’s not an easy thing to do.

“One of the main challenges we’ve faced when moving into a new market is the strong local players that are already established and that’s no different now,” says Mallace.

Mallace, who’s been with the company since 1991, feels that the aggressive global expansion seen in recent years is thanks to the company’s strong corporate culture, as well as the efficacy and quality of Jotun’s products.

“The Jotun footprint has been achieved on many levels, such as in the numerous world-class projects it has taken on,” he says.

“The durability and beauty of Jotun’s paint and coatings can be seen on some of the world’s most impressive buildings set in highly challenging external conditions, such as the exclusive Burj Khalifa and the Burj-Al Arab Hotel in Dubai, and the KLCC, Marina Sand Bay.

“We are proud to say that we have achieved growth organically instead of through acquisitions and, in recent years, we have been aggressive in expanding our business in many countries, allowing Jotun to grow even further.

“The corporate culture and strength is symbolised by the penguin, which can survive blizzards at minus 30°C and showcases our resilience as a company.

“The Jotun Penguin takes this resilience into the tropics as well, where it has performed so well as it can even withstand any extremes of heat! This symbolism stands behind all Jotun products, supported by Jotun’s unique product quality renowned for its durable protection against corrosive and harsh conditions anywhere in the world.”