Efficiencies, Big Data and Proof-of-Concept; How to Make AI Work in Your Business 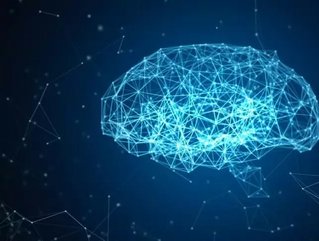 Artificial Intelligence is not a new idea, but it IS a different form of programming. To see how it contrasts with traditional programming we should perhaps start by asking ‘what is intelligence’? According to one dictionary, it is “the ability to acquire and apply knowledge and skills”. Humans are already wired to do this, but machines have to be shown the way.

With AI, instead of telling systems exactly what to do, we programme them to learn from the data we give them.  Back in the early 2000s my first AI effort involved a thousand images of men and women and a plan to distinguish between them. It worked! It was marginally better than a human on a specific dataset, but where it didn’t do so well was when using non lab-condition images. The arrival of big data however, has given us enough data points to create effective AI models. The learning process uses data-intensive algorithms and improves output as new data is fed in. These models not only interpret current data, but can also make predictions.

For example; the Chinese territorial game GO was the game-changer for AI. The options are equivalent to the theoretical number of particles in the universe. So in order to beat humans at GO, the system has to know how to learn. The AI then invented a brand new move, dubbed ‘move 37’. This strategy had never been seen before in a game over 2,500 years old. The new move is often used as an example of a potential sign of creativity or original thinking by AI.

So how can you take this new form of programming and apply it to your business? There are three things to consider; efficiencies, data, proof-of-concept.

Right now AI is best at making your current processes more efficient, or taking over mundane tasks. It would be useful in spotting financial fraud in bank accounts for example. An AI model can set a base line of usual activity in the bank’s accounts. It can then monitor them for anything unusual and report this up to a human to take a decision. Rather than having to review hundreds of thousands of accounts, bank workers now have a much smaller set of flagged risk accounts to review.

For example; AI is resolving a skills shortage issue in farming. In our project for Agribot, the AI model detects plant diseases, pests and water levels by aggregating data from sensors and high-resolution cameras (robots!). In large farms it’s hard for workers to know what’s going on in every corner of every field. AI can learn to recognise disease, or under-watered plants and alert farm workers to the problem. In this case, on a valuation data set of 11k images it is 99.98% accurate.

Big data has been a driver of Artificial intelligence, so you need to consider your data before you plan your project. Having established where your problem is, take a look at the data you have, and what you need. AI makes big data useful, but it also needs it to function. As I discovered in my early images project, a thousand images is not enough. So if you don’t have the data, do you need to set up a project to harvest it, or is it available elsewhere? Identifying the right data is vital to the success of your project.

With AI, everything starts off as an R&D project, so a pilot project is a way to validate your data and your hypothesis. There’s no guarantee that there is going to be a pattern that the model can recognise and learn from. A short project allows you find the right data and develop a model.  Approaching an AI project like this can help to convince others in the business that it’s not a vanity project; it’s just another solution

For example; we developed an app for a business lunch supplier in Denmark which is the first step in making the business AI-ready. The app digitalised the database of their clients’ lunch preferences. It’s now possible to share this complex information across the company, which is helping to increase customer choice, boosting retention and thus revenue.

Combining AI with big data has created a whole new way of solving problems and creating efficiencies for businesses. But it’s important to consider how it will work for your business, with your problem. AI is a new approach to programming with practical benefits, but it’s not a cure-all. That said, there are huge possibilities for AI to be a serious force for good in your business.