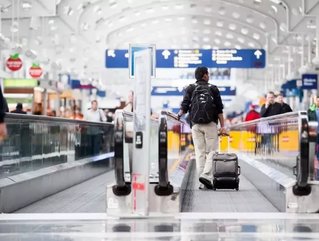 Dubbing it an “enhanced cooperation agreement,” the airlines will strengthen their commercial ties.

Jet India is currently India’s largest private carrier and is partly owned by Etihad, which has a 24% stake. The airline has confirmed this relationship will remain strong. Jet CEO Vinay Dubey states that efficiency would be maximised as part of the agreement and that “this deeper cooperation also means lower airfares for customers.”

In a joint statement the companies said: “This agreement strengthens the partnership built between the airlines since 2014.”

Jet airways customers will now be able to avail of different travel options via Amsterdam and Paris, with the ability to travel via Air France’s transatlantic venture partner, Delta Airlines. They will have more options both across Europe and on routes to North America, where the only stop-off at present is Ethiad Airways’ Abu Dhabi hub.

The aim is to provide a “seamless service” throughout the networks of Air France, Delta and Jet connecting 44 cities in India and 106 destinations in Europe.

Jet airways will now be more connected across Europe and will also offer more travel options to North America. At present

Air France-KLM will now be able to compete for a bigger share of India’s growing aviation market and it’s thanks to the cheaper flights Jet India can now offer that the market will thrive.

Jean-Marc Janaillac, Chairman and CEO of Air France-KLM said: “Air France-KLM and Jet Airways are launching the first cooperation agreement of its kind on the India-Europe market, one of the markets at the heart of the group’s strategy for the coming years… with over 1.2mn customers carried between India and Europe by the group and our Indian partner, half of whom are travelling onward to North America, we are confirming our ambition to offer customers an enhanced network.”