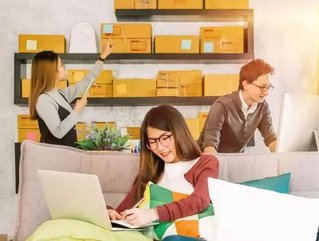 Japanese e-commerce company Mercari has filed an IPO which is set to be worth $1.2bn.

Described as a ‘flea market app’, Mercari enables users to trade used items and its IPO will be the biggest in Japan this year. The company was founded in 2013 and became Japan’s first ever unicorn (start-up worth over $1bn).

According to Reuters, the company is seeking to replicate its domestic success overseas, especially in the US market where it is currently losing money. In Japan, the smartphone app has been downloaded 71mn times.

Mercari filed its IPO on Monday and priced its shares at $27.29 each, valuing the company at a total of $3.7bn. The company will list on the Tokyo Stock Exchange’s Mothers market on 19th June.

Hitoshi Toyoshima, general manager, corporate finance at Monex Inc, one of the underwriters, stated: “Demand was exceptionally strong, with many new accounts opened and new money flowing in.”

The IPO will not only be Japan’s biggest this year, but the country’s third biggest tech listing in the past five years after Japan Displays listed for $3.2bn in 2014 and Line Corp listed at $1.3bn in 2016.