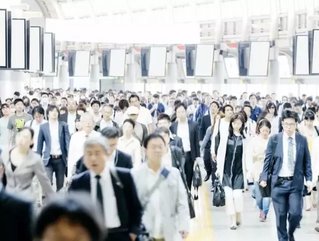 Labour market in Japan can be used as a role model for countries around the world on how to tackle an aging society, according to a new report.

IZA World of Labour have published a report looking at developments in the Japanese labour market since 2000.

The report finds that despite a lower amount of people of working age, Japan has managed to sustain its labour force size mainly thanks to to employing more women.

India to ban sale of confectionery in tobacconists

Uber to enter Cambodia and launch Uber Deliver in SEAsia

Aging populations typically lead to a shrinking workforce and a higher cost of social insurance.

It’s thought that Japan’s solutions can provide lessons to other countries “regarding how demographic shifts affect the labour market and individuals’ economic wellbeing.”

Daji Kawaguchi at the University of Tokyo and Hiroaki Mori of Hitotsubashi Unversity say that Japan’s experience illustrated the impact of rapid population agins on the structure of the labour market, particularly through an expanding healthcare industry to cater for a higher number of elderly people.

It was found that despite the sharp decline of just under 10mn in the working-age population in Japan from 2000-2016, the country’s labour force has managed to maintain stability.

This stability reflects an increasing labour force participation rate (LFPR) among women aged 25-54. This was stagnant in the 1990s but between 2000 and 2016 increased by 2016.

Participation of women has especially increased in the healthcare industry, with 2.5mn more women entering the healthcare workforce in the last 16 years. The industry currently employs around 21.6% of female workers.

It was recently announced that Japan’s elderly population has reached record highs with over 2.06mn people aged over 90 in Japan, however some people over 60 are calling for the term “elderly” to be redefined as that demographic still makes up 11.9% of employed people in the country.

Healthcare and tech companies can see many opportunities in the challenges that face an aging population, from healthcare solutions to drive-thru funeral parlours.