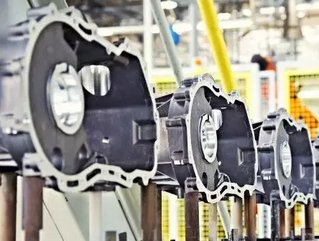 Australia has enjoyed good economic growth for more than two decades, and it was one of the developed countries that were least affected by the global economic crisis.

Its commodities-driven economy experienced a boom when China was importing massive amounts of raw materials to fuel its rapid industrial growth. Now that China's economy is slowing down, uncertainty is brewing Down Under.

One of the sectors that are hit hardest by the country's decelerating economy is the manufacturing sector.

Overview of the Manufacturing Industry in Australia

Manufacturing now accounts for about 7 percent of Australia's gross domestic product, which is much lower than the 25 percent levels in the 1960s.

The Australian manufacturing Purchasing Managers' Index (PMI) has not exceeded the 50-point mark since June, 2011. In June, 2013, it moved up to 49.6 points, which was a substantial increase from 43.8 points in the previous month.

However, in the following month, it dropped to 42 points. The sub-index for new orders in July was 40.5 points, down from close to 50 points in June.

All eight sub-sectors saw a decline in their sub-indices for new orders, and the only one that has an above-50 sub-index is the food and beverages sub-sector.

While the decline of the Australian dollar and the lowering of interest rates in May are welcome news for Australian manufacturers, they are not enough to help them overcome the increasingly challenging business environment, both locally and internationally.

Exports are struggling mainly because of the slowing down of the Chinese economy.

The sub-index for exports hit a record low of 24.5 points in April and rose slightly to 26.4 points in July. Decline in new orders and fierce competition in international markets are other factors that are contributing to the declining fortune of Australia's manufacturing sector.

Adding to the gloomy picture is Ford's decision to shut down its manufacturing plants in Australia in 2016, which can have a significant impact on the country's already struggling auto manufacturing industry.

One of Australia's biggest manufacturing success stories is the rapid growth of its pharmaceuticals and biotech sector. CSL, which specializes in blood products, was worth about A$300 million in 1994, and it has grown to become a A$20 billion company over the years. This company is the number two manufacturer of blood products in the world, with 90 percent of its revenue coming from outside Australia.

Another company that has defied the dismal manufacturing situation is Quickstep, a manufacturer of advanced composites. It is presently involved in a project that is supported by the Australian government and Audi, which aims to develop new methods of manufacturing composite automotive parts.

Despite the discouraging situation, some experts believe that the manufacturing industry in Australia is not dying; it is just changing.

John McMalcolm is a freelance writer who provides useful information and tips on a wide range of subjects, from online marketing to building a reputation for business.