IT Is The Place to Be 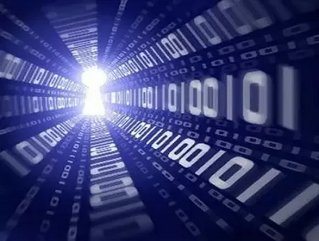 As some industries continue to soar and others search desperately for new ways to stay afloat in an increasingly competitive marketplace, one business sector is experiencing slow, steady growth in Australia.

Despite economic challenges, a new study released today shows that the business and resource sectors are continuing to invest in IT projects.

Peoplebank, the nation’s largest IT recruiter, surveyed more than 50 IT sector roles in Australia’s big cities to determine the key capital trends in each market, publishing the results in the March Peoplebank Salary Indexes report.

“CEOs realise that IT is a driving force for business growth, said Peoplebank CEO Peter Acheson in a media release. “Despite the global economic uncertainties, businesses are going ahead with IT projects where they can be confident of gaining multiple, high level business benefits.”

Each city included in the survey reflects different sector strengths that are impacting companies’ pursuance of IT projects. In Sydney and Melbourne, for example, the strong utilities and telecommunications sectors has reduced their IT activity, while the resource-rich regions – specifically Perth and Adelaide – have seen an increase in IT demand. Perth, in particular, has seen salary increases of up to 10 per cent, but the other aforementioned cities’ IT job salaries have remained unchanged this year.

Brisbane’s IT needs have been hindered by the impending State and local elections, but as a whole, “we should see demand levels [rise] in the second half of the year,” Mr Acheson said.

Though salary levels are below where they were this time last year, Mr Acheson told ITWire that the demand for skilled workers is absolutely still there.

“There are still some areas in very strong demand, or where there is a shortage - for example good SAP people. Companies that are starting SAP projects know they will struggle to find good candidates, and if they do that they will have to pay them well,” he told the IT website. “Also anyone in cloud computing or monetising websites is in strong demand.”

While this imminent growth is good news for IT recruiters, employers are acting cautiously and becoming much more selective in their hiring process.

“As a consequence, we have more candidates available for each new role that comes up, which exerts a slight downward pressure on salaries and rates,” Mr Acheson said. “This pressure, combined with an overall mood of caution has meant that most IT salaries and rates remained stagnant last quarter.

“However, business’ overall willingness to invest should [increase] once the current constraints – such as Brisbane’s forthcoming elections – have passed.”