Infosys is in choppy waters 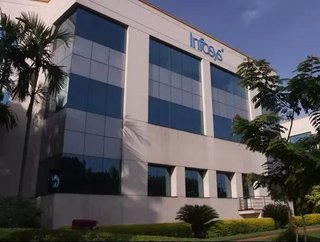 Infosys is currently one of the largest IT companies in India, undertaking driving progress, digital transformations and enterprise solutions for its clients. With over 30 years’ experience within the software market, 90% of Infosys revenue comes from existing clients, and has been previously ranked as one of the most innovative companies in the world.

The resignation of CEO Vishal Sikka has come as a surprise to many, where it has been stated in a press release that Sikka has been under significant stress due to a “continuous stream of distractions and disruptions increasingly personal and negative as of late, as preventing management's ability to accelerate the Company's transformation.”

Since 2014, Sikka has worked tirelessly to put Infosys at the forefront of digital and cloud innovation, and has steered it to see company revenues grow exponentially through new services, such as AI platform Nia. Additionally, he has guaranteed employee retention through a number of investments and development programs.

News of Sikka’s resignations has seen Infosys’ shares plummet to almost 8% at the end of last week, leading the company into choppy waters against current uncertainties surrounding the tech industry worldwide.

Now looking a new CEO, COO U.B. Pravin Rao has been named interim Managing Director and Chief Executive, whilst Sikka will take on the role of Executive Vice Chairman until his post is filled. However, with tensions simmering away surrounding the company board and founder Narayana Murphy, a key factor in Sikka’s departure.

Additionally, the company has now been knocked off the spot on the list detailing India’s top 10 most valued companies in terms of market capitalisation, according to Livemint, highlighting the steep hill in which the company must now climb to regain credibility and its ambitions to become a key player within the software space.