[INFOGRAPHIC] How each state stacks up in CommSec's quarterly report 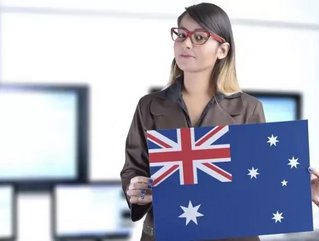 According to the latest quarterly State of the States report by Commonwealth Bank of Australia’s Commonwealth Securities (CommSec), New South Wales is Australia’s most thriving economy for the fifth-straight quarter.

NSW holds the top spot just ahead of Victoria based on strong population growth, retail trade, dwelling starts and housing finance. Other factors in the rankings include unemployment, equipment investment, construction growth and overall economic growth.

While it struggled with economic growth, Victoria’s strength in housing finance helped propel it into second place. Meanwhile, NSW ranked second in both unemployment and equipment investment, while it finished fourth in construction growth and fifth in economic growth.

Third-ranked Northern Territory excelled in equipment spending, but had weak population growth. Western Australia excelled in economic growth, however struggled with unemployment to land in fourth.

Queensland ranked fifth behind a low unemployment rate, while the Australian Capital Territory has seen strength in housing finance to land sixth.

As the disparity between NSW and the rest continues to increase, South Australia is in danger of falling behind Tasmania, which is showing signs of momentum despite being ranked eighth.

While SA is third overall in both equipment investment and population growth, Tasmania now has the lowest unemployment rate and is third in housing finance.

With a downturn in manufacturing along with the upcoming closure of the state’s auto industry and a weaker Aussie dollar, business has been increasingly tough for exporters. Because of this, SA’s eight per cent unemployment rate is the highest it has been in 15 years, while Tasmania’s 6.2 per cent rate is nearly a four-year low.

Similarly to how Tasmania’s economy was previously sparked by assistance from the state and federal government, South Australia may soon require similar support.

Below is a graphic of the most recent rankings: