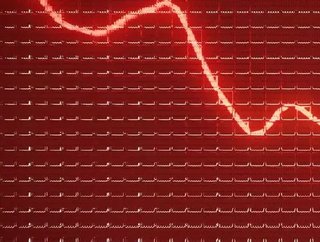 For the first time in more than twenty years, Indonesia’s economy has shrunk, due to implications and disruptions from the COVID-19 pandemic...

The last time the economy recorded a hit was in 1997, when the Asian Financial Crisis started in Thailand and struck a number of countries across the region. The collapse of the Thai baht, due to a lack of support from foreign currency, led to currencies across Southeast Asia slump, stock markets devalued, and private debts rise.

Indonesia boasts the largest economy in Southeast Asia following its recovery from the Asian Financial Crisis. However, restrictions on movements, brought on by the efforts to limit the spread and impact of the COVID-19 pandemic, has resulted in the economy of Indonesia contracting.

In the second quarter of 2020, gross domestic product shrunk by 5.32%, compared to this spell of time in 2019. This is the most significant contraction the economy has felt since the first quarter of 1999, as data sets from the statistics bureau revealed on Wednesday.

An economist representing the Oversea-Chinese Banking Corp, based in Singapore, said “You know a blow is coming and you’ve been bracing yourself for it, but when it comes it’s still going to hurt - a lot.” The economist, Wellian Wiranto, continued “While we still see a recovery in the second half, the path is made all the more uncertain by global developments.”

Indonesia’s economy is reliant on consumer services. Despite this, sales in the retail sector have still taken a hit, and the manufacturing industry continues to shrink, according to the most recent purchasing managers index.

Exports from Indonesia, typically dominated by things such as palm oil and coal, have shown signs of recovering and improving in the recent months, but still have some distance to go until they can help to boost the overall economy of the country.

Joko Widodo, the President of Indonesia, has stated that the economy has been showing promising signs of making a recovery, due to household consumption, purchasing power, and money circulation in rural areas rebounding in recent weeks. The main issue still facing the country and its economy is that the virus has shown no real signs of slowing down with its impact across Southeast Asia, the first region to experience the fallout from the pandemic.

“Household consumption and investment are the biggest sources of our GDP growth, so we should put much more effort for these components to perform better in the next quarters,” Suhariyanto, head of the Indonesia Statistics Agency, said in a briefing.