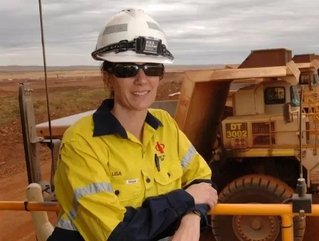 The inaugural Women in Resources National Awards – a luncheon and award ceremony to recognise and celebrate contributions and achievements of women in Australia’s resources sector – was held this week in Brisbane.

BHP Billiton’s Laura Tyler, the asset president at the Cannington mine in Queensland, won the Exceptional Woman in Australian Resources award, coming out on top of a strong field of nominees. Tyler shared that she was proud of the award, and that although great strides have been made to advance women’s position in the sector, there was still a lot of work to do.

"I think it really talks to how great we are as an industry and how bloody awesome the women are that work in this industry," she said. "It's a really great place to be."

"These achievements are real and we should be really proud to be working in an industry that empowers and builds in this way."

In an ironic turn of events, the majority of speakers at the awards ceremony were men. Michael Wright, Thiess’s mining executive general manager, gave the welcoming address. He stated that his company has plans to have 20 percent female representation by 2020, up from its current 13 percent. He also discussed the height of the mining boom when the industry finally realized there was a “significant pool of very capable women in the community that we needed to engage with.”

Mike Fraser, the president of BHP Billiton human resources, was also a speaker at the awards luncheon.

"It felt a little bit auspicious that I was the third male speaker at a Women in Resources National Awards," Fraser said. "But I guess that's something we can aspire to change for the next round of awards.

Information sourced from The Sunday Morning Herald and BHP Billiton.