Improved Health Will Cut Cancer by 25% 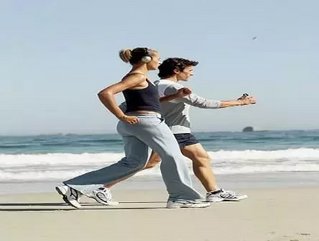 It seems so simple: eat more good food, walk a few more miles each week, and you’ll be on your way to living a much healthier life.

If we all do this collectively by 2025, the Medical Journal of Australia has discovered an added bonus: a quarter of all cancer cases would be prevented, saving the nation hundreds of millions of dollars in treatment costs. That amounts to almost 43,000 fewer cancer cases and a savings of AU$674 million.

Researchers involved in the study estimated that based on the current population growth and ageing figures, 170,000 cancers will be diagnosed in 2025, up 60 per cent from 2007, according to Australian Food News (AFN).

Bowel cancer and female breast cancer were named the top two diagnoses with the greatest potential for prevention through diet and physical exercise. According to Pip Youl, Cancer Council Queensland’s head of research, the Australian health system spends AU$3.8 billion each year on cancer-related illnesses. In 2007-2008, only 2 per cent of the government’s total health spending went towards preventative services

''With an estimated 25 per cent of cancers preventable through improvements in diet and physical activity, governments at all levels must act now and act vigorously in order to reduce the significant human and financial burden of cancer in the future,” Ms Youl told the Sydney Morning Herald. ''One of the key things is teaching children to eat healthily. So getting them interested in cooking and eating healthy foods, and that will give them a really good start in life.''