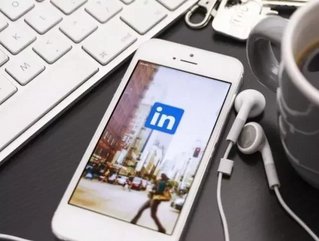 LinkedIn has long connected employers with possible future employees, but there’s a few well-known companies have made quite a name for themselves on the business networking site.

Mining giant Rio Tinto has recently been ranked as Australia’s most InDemand employer for 2015 on LinkedIn, followed by Google and BHP Billiton. Rio also topped the list back in 2013, while BHP made an appearance for the very first time.

RELATED TOPIC: How to market your company on LinkedIn

The rankings are based upon user interaction with companies’ LinkedIn pages, as well as a survey that measures “reach” and “engagement.” These results basically show how familiar people are with the company and how interested they are in working there.

The LinkedIn analysis also used member actions, such as the number of times it viewed employee profiles, visited company pages and followed other companies. The reach and engagement scores are then averaged together to create a company’s InDemand score.

RELATED TOPIC: Melbourne-based sales manager on the importance of LinkedIn for business

Bruce Tobin, a spokesman for Rio Tinto, said the company is extremely honored to be at the top of the list for the second time in the last three years. “LinkedIn is a key communications platform to connect with the thousands of talented and highly motivated people in Australia who are interested in our company,” Tobin said. “We are grateful for the support and interest of our 215,000 followers on LinkedIn.”

These latest rankings prove how attractive the mining industry is for Aussies looking for jobs, as mining, oil and energy companies are consistently among the most popular according to LinkedIn users.  Tech companies are also increasing in popularity in Australia, as Microsoft and Apple joined Google in the top-10 list.

The fifth annual Sensis Social Media Report recently ranked LinkedIn behind Facebook as the second most popular social media site, while LinkedIn was the most popular network among CEOs. The study by the PR firm Weber Shandwich showed 22 per cent of CEOs are currently on LinkedIn, compared to just six per cent in 2012. In all, LinkedIn has over seven million registered users in Australia.

But it’s all about interaction and branding. LinkedIn talent brand strategist Tim Grogan recently stated, “Seventy-seven per cent of Australian talent acquisition leaders say talent brand has a significant impact on their ability to hire great talent, and we believe this is set to grow.”