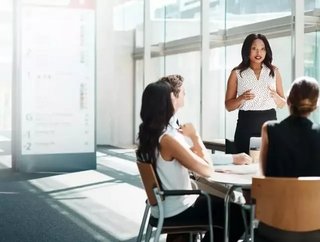 Diversity and inclusion is a growing but generally under-developed aspect of APAC business - Business Chief examines the challenges and benefits of incorporating it into an overall strategy.

As societies across the globe continue to break down old barriers between sexes, races and lifestyles, it is only natural that businesses should also adapt to accurately reflect and represent the countries they are operating in. However, as a relatively new concept around which there is little consensus, diversity and inclusion (D&I) measures can be difficult to implement effectively or understand. The problem is compounded in the Asia-Pacific (APAC) region, where over 4.6 billion people live in more than 40 countries, speaking almost 2,200 languages. Furthermore, given the obvious difficulty of harmonising such a rich collective culture into an egalitarian framework, the question might arise: ‘what are the practical economic reasons for doing so?’

In a study by Hiromi Ishizuka, Professor at the School of Management, Sanno University, on gender diversity in corporate upper management, it was found that companies in different areas of the APAC region approached the issue with noticeably varying levels of commitment. Comparing numerical data from businesses based in Japan, China and South Korea, Ishizuka estimates that 74.2% of major companies in China placed D&I as a top 10 strategic issue, with South Korea scoring 44.2% and Japan only 25%. Another report conducted by Heidrick & Struggles found that, although 100% of APAC companies surveyed had some kind of D&I programme in place, only 31-53% thought it was important (depending on the emphasis placed). Placing women in positions of leadership accounted for the majority’s (89%) focus on D&I, followed by racial and ethnic equality (56%) and sexual orientation equality (42%).

It is with empirical data demonstrating that D&I can lead to a stronger business that CEOs and MDs might be encouraged to take ownership of a company’s D&I programme. Fostering interest in the subject as an essential pillar of corporate strategy is crucial to its implementation, particularly as it has been, in the past, regarded merely as an HR formality or ‘box-ticking’ exercise. Katy Stevens, Director of software company Culture Amp’s Asia-Pacific operations, has said that, whilst “the world around us is becoming increasingly diverse”, the cultural lineage of many countries leaves employees intimidated and employers unsure of how to approach the issue. “The perception of diversity is not translating across local workplace cultures, where employees are quite concerned about speaking up for fear of discrimination whether that is related to gender, race, position or otherwise. Clearly, there is much more to be done,” she said.

Despite relatively uneven uptake in the APAC business community, there is still reason to be optimistic about more widespread D&I development. With younger, more open-minded leaders taking the reins of major corporations, there is a distinct sense that more APAC businesses simply want the finest talent available, regardless of a person’s background or lifestyle choices. Doing the opposite has been shown to reduce a company’s productivity and limit a country’s potential for economic growth: the average percentage of APAC female workers at board-level has been estimated at only 10.2% (the UK has 26.1%), which the Asian Development Bank considers representative of a trend that has stymied Asia’s GDP per capita by as much as 30%. Opening a company’s hiring pool to include as many people as possible increases the chance of finding the right talent for the job, which will serve to benefit the individual, the company and the wider community.

A route to innovation

Solid evidence of D&I’s value in other regions may also assist APAC companies to plan their D&I implementation. A report by McKinsey & Co examining D&I across a range of industries in North America, South America and the UK found that, in general, the more diverse a company’s hiring policy, the more successful it was overall. The organisation theorised that a greater incidence of innovation was also the logical conclusion of superior D&I practices. “The more diverse companies, we believe, are better able to win top talent and improve their customer orientation, employee satisfaction, and decision making, and all that leads to a virtuous cycle of increasing returns,” the report said. Among McKinsey & Co’s findings was the apparent correlation between diversity and profits: companies in the top 25% for workforce diversity were 35% more likely to have higher revenues than other companies in the same industry, with the inverse (less diversity resulting in less-than-average revenue) also appearing to be true.

Innovation, which intrinsically relies on fresh ideas and perspectives to flourish, is an aspect of business that APAC must remain competitive on in the global market. Increased D&I can present companies with a distinct advantage over industry rivals who are slower to adopt it.

In an executive report by Mercer, Karl Reston, Head of Group D&I at Standard Chartered Bank, Singapore, stated his belief that increased D&I was a great opportunity for certain areas of Asia’s economy to overcome stagnation. “I believe Asia has a truly unique opportunity to learn from other regions where diversity and inclusion has been pursued more directly,” he said. “In addition, given Asia’s unparalleled economic growth, the region also faces a unique opportunity to make significant progress more quickly.” Although the challenge of finding solutions to APAC’s D&I shortcomings might prove difficult for executives and HR departments, there’s more than enough evidence that doing so is worth the effort. As more business leaders add it to their top priorities, it is likely that the region as a whole will realise D&I isn’t just good for people, it’s good for business too.