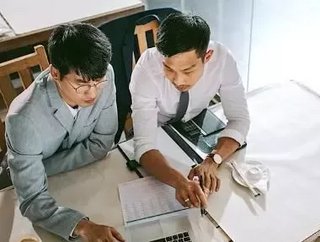 East Asia has historically been one of the world’s technology powerhouses, whether that’s Japan’s consumer technology giants such as Nintendo and Sony or China’s titanic conglomerates such as Alibaba and Tencent. We take the temperature of three beacons of the region in the form of China, Japan and Southeast Asia (SEA) to better understand how that reputation will fare in the age of the unicorn (a technology startup valued at over $1bn).

Japan has a reputation as one of the world’s most technologically advanced countries, but it's a perception that may falter in coming years thanks to the lack of startups. While the US and China have produced hundreds of technology unicorns between them, Japan still relies on older stalwarts such as Sony, Nintendo, Panasonic, Fujitsu and Hitachi.

When the words Japan and startups come together, SoftBank is inevitably at the front of mind. SoftBank is the largest technology investor in Japan, and also arguably the world, thanks to its $100bn Vision Fund. Investing in the likes of Uber and WeWork, the latter of which it later bailed out after its failed IPO, Vision Fund is said to have a specific focus on companies advancing the cause of artificial intelligence. What it doesn’t focus on is investment in Japanese startups.

The poor showing for Japan in the Unicorn count has not gone unnoticed by Japanese society, with the Japanese government pledging in 2018 to produce 20 tech unicorns by 2023. The finger of blame is pointed in different directions, but according to Asia Times, CEO of SoftBank Masoyashi Son’s take is that venture capitalists in the country are stingy, that the public has a preference for public companies and that there is a cultural aversion to risk-taking.

Nevertheless, there have been some successes, as with the latest tech unicorn to come out of the country: Liquid. The fintech firm breached the $1bn unicorn barrier in April, thanks to investment from IDG Capital and Bitmain. The cryptocurrency exchange allows for the global trading of currencies such as Bitcoin and Ethereum, as well as fiat currencies.

China, meanwhile, is the only challenger to the US for the tech unicorn crown. The most active investor in the region is Chinese technology conglomerate Tencent. Its investments have come across a broad range of regions and industries, with its most identifiable strategy being diversification. The company has backed established Western winners including Tesla and Spotify, but also up-and-comers such as Indian food delivery app Swiggy. It’s an approach that has reaped rewards for the bottom line. In Q2 of 2019 quarterly profits increased by a third year-on-year, topping some $4bn.

While Tencent is a frequent investor on the world stage, it’s also not shy of putting money into compatriots. One of the company’s most successful bets was on Transportation company DiDi, which was founded by an alumnus of rival ecommerce giant Alibaba. Tencent injected some $15mn in 2012 and the organisation has since gone on to buy out Uber’s Chinese business, leading to a valuation of some $57bn in May of 2019.

The cream of the unicorn crop, and one of the most valuable startups in the world, is ByteDance, which clocked in with a valuation of over $75bn last year. While ByteDance might not be a household name, it's social media app TikTok certainly is in the West, while in China, Douyin (TikTok’s progenitor) and the company’s news platform Toutiao are wildly popular.

The flood of Chinese unicorns shows no signs of abating, with a number of smaller startups attracting significant attention. One such example is passenger drone manufacturer EHang, which is planning to raise $46mn via a US IPO. The company has conducted successful pre-commercial trials of the technology in its home city of Guangzhou.

Southeast Asia’s unicorn count: 8 (5 in Indonesia, 1 in the Philippines, 2 in Singapore)

Southeast Asia’s startup scene is undoubtedly an attractive proposition, proved, for instance, by the news an American fund backed by rapper Jay-Z is investing in the region. It’s not the only American firm putting money into SEA. One of the largest tech investors in the region is San Francisco-based venture fund 500 Startups. It invests through its 500 Durians funds, named after the divisive fruit from the region, which is either a delicacy or evocative of rotten flesh, depending on whom you ask.

The appeal is not hard to understand. The region as a whole has a population of over 650mn and, as a report co-authored by Google earlier this year suggests, 360mn of them (roughly 55%) are internet users. 90% are connected through mobile means, making it no surprise that the biggest startups in the region tend to be mobile platforms with “super app” aspirations. Such an approach sees a suite of services being offered inside the same application, such as digital payments or food and parcel delivery.

That’s the case with ride-hailing giants Grab of Singapore and Gojek of Indonesia, who have found success at the expense of foreign competitors such as Uber thanks to their knowledge of local markets. It’s an expertise they are also leveraging for the success of compatriot startups in their own incubator programs, with Grab’s Seed Accelerator Program and Gojek’s GO-Academy operating in Singapore and Indonesia respectively.