How Gemmill Homes is implementing technology to build a smart future 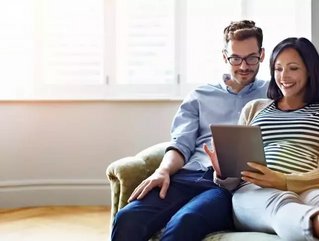 Singing in the shower is an enjoyable pastime for most of us, but with the kind of smart technology that’s available on the market today, you can not only belt out a tune in the shower, but be the star of your X Factor-style show.

Some technologies installed in residential homes can also water your plants, improve productivity and save money on electricity bills, and Craig Gemmill, Managing Director of Perth-based Gemmill Homes, says smart technology has been key to his company staying afloat and profitable amid the end of Western Australia’s mining and construction boom.

“It’s no secret that the economy in WA directly affected the building industry, so everyone had to kind of reinvent themselves,” he says. “And I think the problem with a lot of companies, is that they don't look to the future.

“Even in a tough market and tough climate you must look to the future, however hard it is at the given time.”

In 2017, Gemmill – which has an annual turnover of more than $130mn – built brand new offices featuring a modern, state-of-the art pre-start area where customers can see all the futuristic items they can have incorporated into their new home.

“There is a lot of technology out there,” Gemmill explains, “and putting ourselves forward as a premium builder, we must make sure we've got the right products to back that up.”

Gemmill readily admits he had no idea how important technology would become in home building when he launched the business in 2004 after recognising the potential of growth in the West Australian housing industry.

The wi-fi and 4G-enabled iZone app allows homeowners to control everything in their home via a smartphone or tablet, and some of the technology uses the same CAN Bus protocols – which connect individual systems and sensors – that BMW and Mercedes incorporate into their luxury cars.

“We went and looked at all the manufactures that were around and thought, ‘what's the best fit? What's the reliability of the product? Who are the people behind them?’” he says.

“And the iZone system is easy to use and incredibly efficient. It allows you to manage your energy use, so you will save money on your electricity bill, and also allows you to help the environment in the process.”

With iZone, a touch screen interface allows control of many household appliances, and from a smart device, the homeowner can control everything – including air conditioning, power, lighting, reticulation, security and entertainment – from their smart device remotely and from anywhere in the world. It can even schedule the watering of your plants.

Although it sounds mind-blowing and complicated, Gemmill reveals customers have been shocked by the technology’s simplicity. “The beautiful thing about iZone and some of the ways we communicate with it, is that clients are amazed at how simple it actually is,” he says. “Before, there was a lot of fear associated with it, especially with the over 50s, whose kids are more au fait with this kind of thing, but as the technologies are evolving, so are the users.

“Look at the advent of iPhones and everything – they've got bigger, the screens are bigger and better, and everything's waterproof now. You can do everything with them – play games, use them as microphones… you can even play football with the damn things!”

Gemmill says another huge change in the last 14 years has been how it communicates and interacts with its customers, admitting that social media is a necessity, and insists the digital world has revolutionised and improved the business.

“There's definitely a digital trend with the buying public,” he claims, “and we've seen it even with our own marketing. We moved away from traditional print media to digital, and it’s been a game-changer over the last two years.

“People are interacting and communicating differently with social media and Facebook, and that definitely flows on into housing.”

Gemmill used to present clients with brochures, but that’s all digital now too, and new homeowners are given an iPad that’s preloaded with its ‘My Home’ portal, so customers can interact with staff 24/7.

“We've got little faces on there,” he explains, “so if they're not happy we get a grumpy face. If they're content you get a neutral face, and if they're happy you get a smiley face. That immediately flags up and can be handled instantly.”

Customer experience is something Gemmill prides both himself and the business on, coining the company slogan ‘we stand behind every home we build’ eight years ago.

“We've gone out there and we've had to back that up,” he says. “We're transparent and to be honest, I think we've endured our fair share of criticism, because we made our accountability so open – so what works for you can be used against you, as well.

“But we just keep striving for success – pushing on, pushing forward. Everyone knows what our customer service expectations are, and the people that work for me are under no illusion that that's what we do.”

He cites a quote from John Hughes, one of the most successful car dealers in Western Australia, as inspiration, explaining: “He said, ‘if you're going to put your name on the building and your face on your brand, make sure you're there,’ and that's one thing I've always taken as good advice. I still work six days a week and I'm in the office every Saturday morning.