How Beach Energy plans to become an ASX top 50 company 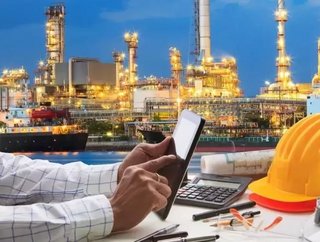 With intentions of expanding outside of the Cooper Basin, Beach Energy has focused on merging and acquisitions (M&A) as a key to accelerating the company’s growth and becoming an ASX top 50 company.

The Adelaide-based oil and gas company recently released a strategic review of its global operations that includes a goal of 15 per cent corporate savings within the next financial year. Beach has taken a keen interest in acquisitions, and has even set up a corporate development team to search for new opportunities.

Papua New Guinea is a potential destination for Beach, as well as further expansion in Australia. According to UBS analyst Nik Burns, PNG companies Horizon Oil and Kina Petroleum could be potential candidates to merge with Beach.

Managing director Rob Cole has gone on record saying that Beach feels the need to diversity outside of the Cooper Basin, and outlines a vision in annual production and reserves to propel it up the rankings.

Consolidation in the Cooper Basin has been viewed as probable by many, with Seven Group Holdings owning nearly 20 per cent of both Beach and Drillsearch Energy. However, Cole insists the company will only pull the trigger if it makes sense for the company.

“We agree there is a potential for significant consolidation benefits, but consolidation only makes sense if it can be done on a basis that creates value for our shareholders,” said Cole. “A dedicated corporate development team has been established to enhance our acquisition capabilities. The team is actively screening and pursing a wide array of opportunities.”

While Beach has an interest in changing its infrastructure in the Cooper Basin, any agreement requires approval from its joint venture partners. The company is currently pondering a stand-alone infrastructure from a potential third party.

In addition, Beach is searching to replace Chevron in its Nappamerri Trough shale exploration project in the Cooper Basin. Meanwhile, Cole said Beach’s sale processes for its interests in the Browse and Carnarvon Basins have begun.

Beach owns a diverse variety of infrastructure that includes a 20 per cent stake in the South Australian Cooper Basin Joint Venture, which is a partnership with Santos and Origin Energy. The company is also searching for a joint venture partner to invest in its Otway Basin permits to assist with a conventional drilling program.