Horizon Power focuses on key projects of the future 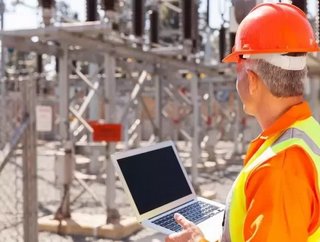 Horizon Power is a vertically integrated, state-owned utility working in a unique space—the regional and remote areas of Western Australia, from the Kimberley, Gascoyne, and the Pilbara, to the Mid-West and southern Goldfields regions. “Its scope of operations is very large—we operate across 2.5 million square kilometers, about 1/3 of the landmass of the US,” said Frank Tudor, Managing Director. “But we only have 100,000 people that we supply spread across 40 independent systems, including the North West Interconnected System and various towns and communities.”

Tudor has been with the utility in various roles since its inception in 2006 when Horizon Power was formed after the disaggregation of the state-owned Western Power. As Managing Director since 2010, he has brought his years of experience in energy, oil and gas, and foreign affairs to help navigate the business through new growth and new directions in a rapidly changing industry.

Key projects of the present for the world of tomorrow

“Our focus in the next five to 10 years is to determine how we will play a role in the new distributed energy world alongside maintaining the grid. The network will become progressively more intelligent in hosting advanced meters—which we're in the process of rolling out to our communities, including all manner of sensors/switches,” said Tudor.

Horizon Power is engaged in a partnership with Electrix and Silver Springs Network on a major investment in advanced metering infrastructure. Using smart grid technology, the company plans to better monitor its network integrity in real time and use advanced analytics to keep equipment in top working order. It’s just one of several investments that Horizon Power is making to increase its capabilities and provide the best service possible —from power stations in the Mid-West, to network projects supporting iron ore and liquefied natural gas (LNG) industries in the Pilbara region of Western Australia.

“Out of the Pilbara, Australia is exporting more than 700 billion tons of iron ore. It’s also host to two producing LNG plants and two other LNG projects that will be commissioned shortly. It is a world class resource area for iron ore and natural gas, and a hugely important part of the Australian economy,” said Tudor.

Horizon Power is involved in several projects in the Pilbara, including increasing the resilience of the energy grid, supporting the mining industry’s residential base, and the construction of a 100 megawatt temporary power station built in conjunction with GE’s alliance partner American Project Rentals (APR).

“That power station was delivered on-budget without compromising security of supply,” said Tudor. “The Pilbara power project is interesting because we built permanent infrastructure that will initially support APR’s transportable generators for a period of approximately two years. APR will then take those generators and deploy them elsewhere. We then plan on working with a company out of Canada called TransAlta to connect to the permanent 180 megawatt power station, again using GE machines. That will be the first combined-cycle gas-fired power station in the Pilbara.”

Making plans for the industry’s future

“We need to be as any energy company across the planet needs to be: thinking about the future of the industry,” said Tudor. With this in mind, Horizon Power is taking potential industry trends and drivers of change into serious consideration—particularly the role that renewable and photovoltaics (PV) will increasingly play both at a residential and utilities scale level.

“The take-up of renewable and PV across the planet has been extraordinary,” said Tudor. “China has been focused on cleaning up its environment, and its PV production has certainly driven down costs—and it has made huge inroads into the makeup of...Click here to read the rest of the story on Business Review Australia!