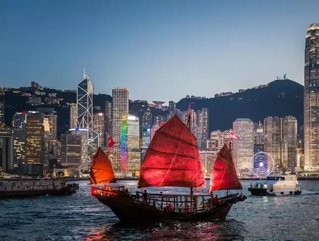 It has been announced today that Li Ka-Shing, chairman of CK Hutchison Holdings and Hong Kong’s richest person, has retired.

The 89-year-old has nearly 70 years of business under his belt and has now stepped down from his roles as chairman of both Cheung Kong (CK) Hutchison and CK Asset Holdings.

Li announced this at a press conference. He will be succeeded by his eldest son, Victor Li, who is currently deputy chairman of both entities.

Li intends to continue having a presence as a “senior advisor” and will also concentrate on philanthropy in his retirement.

He stated at the conference: “I would like to express my heart-felt appreciation to our shareholders for their unfailing confidence and support in the past years.”

Li built an empire from scratch that now spans across the telecommunications, property, shipping and retail industries.

His conglomerate now operates in over 50 countries with over 300,000 employees, and his two companies have a combined market cap of $80bn.

Li has two children, his successor Victor and younger son Richard, and his ‘empire’ as a whole is said to be worth $100bn.

Li’s ‘rags to riches’ story has been an inspiration to many Asian businesspeople. Born in 1928 in Guangdong, China, Li and his family moved to Hong Kong in the 1940s during the Sino-Japanese war. When his father fell ill, Li left school at 15 and began working in a plastics factory.

He went on to begin his own plastics company, Cheung Kong Industries, which began his empire.

Since then, Li has also notably established the philanthropic Li Ka-Shing Foundation which gives grants and scholarships in the areas of education, healthcare and humanitarianism. This will now become his main focus.

Li is fondly nicknamed “superman” in Hong Kong for his deal-making prowess.

Li’s son, Victor, is 53 years old and has already served as deputy chairman to both companies. His full name is Victor Li Tzar-kuoi and he was born in Hong Kong in 1964. In his 20s he joined CK Hutchison Holdings and has steadily learned the business and worked his way up.

According to Asia One, before the advent of email, Li would sleep with a fax machine next to his bed, “so he could receive instructions from his famously relentless father at any time of the night”.

He has held roles on the board of Husky Energy Inc (1987-2001), Hopewell Holdings and Hutchison Whampoa, and was made chairman of CK Infrastructure Holdings in 1996, as well as CK Life Sciences, the pharmaceutical branch of the company.

Li Ka-Shing has been widely praised for his contribution to business and impact on the citizens of Hong Kong. The Financial Times states that Li “built his Cheung Kong group from humble beginnings making plastic flowers in the 1950s to a global conglomerate” and says his resignation marks “a symbolic turning point for Hong Kong, where the economy has long been dominated by a coterie of tycoons”.

CNBC has added that the retirement marks the closing of “a chapter in one of Hong Kong’s most successful and largest companies”.

Bloomberg has added that Li impacted Hong Kong’s history. “Li has been a fixture as the city’s richest man for an entire generation of Hong Kongers and spearheaded an era defined by a handful of swashbuckling Chinese immigrants who built large empires across Asia. For many, he is the face of the changing fortunes of Hong Kong as the former colony’s British elite gave way to Chinese dynasties”.