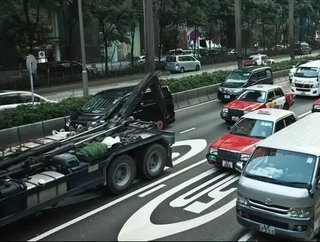 Known as the Uber for van drivers, GoGoVan has filled a potential gap in the transportation of goods and services. Established in 2013, the company is set to expand its presence across Southeast Asia through a merger with Chinese company 58 Suyun.

Currently operating in Hong Kong, mainland China, Taiwan, South Korea and Singapore, the company aims to reduce the struggle of sourcing van transport, where it has become a traditional and somewhat time-consuming process. Through GoGoVan, users can utilise an app which will enable users to order a van and provide communication access with both user and van driver.

Through a number of funding rounds, the company has now become Hong Kong’s first $1 billion start-up company, with over 90,000 downloads for its services first year alone, and over 15,000 registered drivers.

Its merger with freight company 58 Suyun is a smart move, enabling the company to move towards a growing consumer market and develop its services in all of the regions in which 58 Suyun is situated. It will also see the company become one of the largest companies within freight and logistics throughout southeast Asia, operating within 14 cities alone.

Alibaba, Singapore Press Holdings and New Horizon Capital are only a few investors which have supported GoGoVan’s exponential growth, which will further enable the potential for the company to expand into Europe and target further Chinese cities.