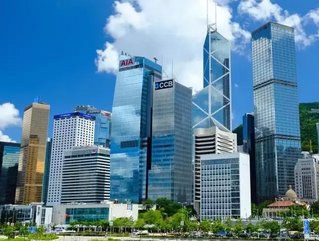 An office in Hong Kong has sold for $5.2bn in the largest ever recorded transaction for a single office building.

The building, known as “The Center,” was sold by Hong Kong’s richest man, Li Ka-Shing, founder of Cheung Kong Holdings. It surpasses the previous record for the most expensive building ever sold which was also held by Li.

CK Asset Holdings sold the Century Lin Complex in Shanghai for $2.85bn in 2016.

Li has been trying to sell the office building for a year, and following the successful record sale, shares in CK Asset Holdings rose by 3.55%.

The Center has been bought by a Chinese consortium which is reportedly led by Chinese energy company, China Energy Reserves and Chemical Group. The buyer has been reportedly names as “CMHT Peaceful Development Asia Property Limited” and is registered in the British Virgin Islands.

The Chinese Communist party are said to have a large stake in the energy company, which would mean China is expanding its presence in Hong Kong, Asia’s financial hub.