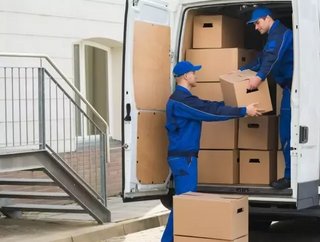 Hong Kong based on-demand logistics start-up Lalamove has raised $100mn in its most recent funding round.

The firm is therefore set to become a “unicorn” (billion-dollar start-up), the second to emerge in Hong Kong after rival GoGoVan which acquired the status in September after merging with 58 Suyun.

The service is aimed at businesses and allows goods to be transported vis truck, van and motorbike using a smartphone app that connects businesses with vehicle owners.

Lalamove has a China unit and an overseas unit which spans across Hong Kong, Taiwan and parts of Southeast Asia. The firm hopes to concentrate on reaching more of China, Malaysia and Indonesia as opposed to expanding to different regions. It hopes to increase its total reach from its current presence in 110 cities to between 200 and 250.

The capital raised in this funding round will be spent on continuing growth, mainly by increasing Lalamove’s number of employees in Hong Kong. The firm hopes to double the current figure to 200 members of staff.

The start-up’s founder and CEO, Shing Chow, has stated he estimates the logistics market in China to be worth $1.7tn per year.

In an interview with TechCrunch, Lalamove’s head of international, Blake Larson, stated: “There were probably 200-300 companies when we started… now, for what we’re doing, there’s a very small group.”

At present, the company has 15mn registered users and a networked of over 2mn drivers.

Uber has previously dipped its toe into Hong Kong with Uber Cargo but so far has not seen any success.