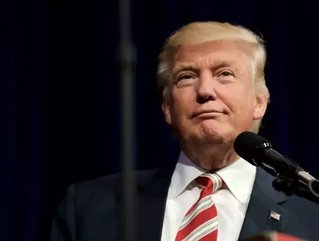 The business communities of two of Asia’s top financial centres are “mainly positive about the Donald Trump presidency”, a new survey by one of the world’s largest independent financial advisory organisations has revealed.

The survey, carried out by Acuma Hong Kong and deVere Shanghai, (part of deVere Group) was undertaken two weeks after the billionaire business mogul turned reality TV star was named president-elect of the US after he beat frontrunner Hillary Clinton. More than 650 business professionals participated.

Doug Tucker, deVere Group’s Head of East Asia, commented: “A team of graduates consisting of the financial professionals of tomorrow from the deVere Academy interviewed over 650 people in Hong Kong’s bustling business districts of Central and Kowloon and in Shanghai’s Financial District, Lujiazui.

“Those who were interviewed for the survey included local and international hedge fund managers, C-suite executives of major financial institutions, and individuals running SMEs providing professional and support services.

“Whilst many of those surveyed may hold wildly different political views to the President-Elect, the consensus is mainly positive about the Donald Trump presidency.”

The six primary questions asked were:

2) Do you think Trump will have a positive or negative effect on the global economy?
Positive 55 percent / negative 45 percent

3) Overall do you agree with Trump’s tax policies?
Yes 42 percent / No 58 percent

5) Will the election result have a positive or negative effect on your assets in the medium term?
Positive 66 percent / Negative 34 percent

6) Will the election result have an effect on where you move next or where you retire?
97 percent No / 3 percent Yes

Tucker continued: “Interestingly however, one area on which there was concern expressed was Trump’s tax policies.  The majority of those interviewed cited that overall they disagree with his policies on taxation.”

“Despite his somewhat unorthodox approach to many issues, the business leaders and professionals of Asia’s ‘world city’ and mainland China’s financial capital appear to be generally optimistic about the incoming 45th US president.

“Hong Kong and Shanghai’s business communities – savvy as ever and always keen for a ‘win win’ - are aware that the new era that is approaching will provide major opportunities. They are, it would seem, preparing to capitalise on these.

“They understand that with change comes waves of volatility and history shows that volatility always creates opportunity.

“For example, under the Trump presidency the US banking sector is expected to do well due to the eradication of some regulations, the lifting of environmental rules will boost the energy and mining sectors and the pharmaceutical sector will surge if Obamacare is abandoned or scaled down.”

Tucker concluded: “Those who have a properly diversified portfolio - this includes across asset classes, sectors and geographical regions and currency exposure - and a good fund manager, who carefully selects the right investments at the right time, will be best-placed to be able to build wealth in these changing times.”