Hepatitis A Caused by Recalled Berries: Find Out What's Safe to Eat 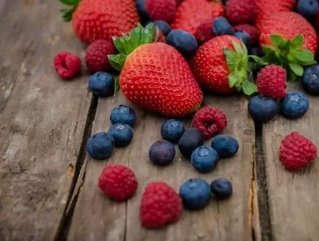 Food brands that import berries from China have issued a recall for the products after an outbreak of Hepatitis A was reported in Victoria, Queensland and New South Wales. Currently nine people have become sick from ingesting Nanna's frozen mixed berries. The product has been recalled nationally, as have Creative Gourmet Mixed berries in 300 gram and 500 gram packets.

The contamination has been traced back to China, Dr Finn Romanes from Victoria's Department of Health and Human Services confirmed to ABC. It is believed that poor hygiene among Chinese workers, as well as potentially contaminated water supplies in China, could be the sources of the outbreak.

Patties Foods, an Australian food manufacturing company that produces several different food products, began accepting berry products that had been washed and packaged at the supplier's factory in China's Shandong province in December of last year. Previously, the berries had been repacked by the company in Bairnsdale

Patties Foods was very quick to address the problem.

"It is obviously very concerning to us," said Steven Chaur, Patties Foods managing director. "I myself, and my family, consume the product so I am equally concerned as consumers are, because I have bags of Nanna's and Creative Gourmet in my freezer. We will certainly be working with the supplier to undertake a full review of how this may have occurred."

Chaur shared that Patties Foods will likely cut ties with this Chinese supplier.

The disease is highly infectious, so Dr Vicky Sheppeard, Director of Communicable Diseases for NSW Health recommends those with symptoms to get the blood test which will diagnose the illness.

"I expect we'll probably get a lot more people in the coming days," she said. "Now that they've heard this, they might have already been getting sick, so they'll go and get tested and will get the results in.

"We'll get quite a high attack rate once a person has it because the virus is replicating and they've got quite high levels of virus in their stools and in their urine so they could readily pass it on."

If you are experiencing symptoms, do not care for others, especially children and the elder. Washing your hands is one of the biggest combatants to spreading the disease.

Read related articles from Business Review Australia:
What the Free Trade Agreement with China Would Mean for Agricultural Exports

According to the Mayo Clinic, hepatitis A is caused by:

Symptoms can be present anywhere from two to seven weeks after contamination. Early symptoms include fever, nausea and lose of appetite. Jaundice—a yellowing of the skin and eyes—develops after several days. Other symptoms include dark urine, pale stools and diarrhoea.

Hepatitis A is rarely fatal but does have debilitating symptoms and can cause acute live failure, which is associated with high mortality. There is a vaccine for hepatitis A: it's administered six months apart and offers lifetime protection from the virus.

"We want to talk about the quality of Australian fruit and vegies — best in the world," Peter Toohey of VFF said. "Most regulated in the world, to make sure that they're clean and healthy. Everything along the whole supply chain is checked off to make sure that we get really good, clean fruit. No contamination issues."