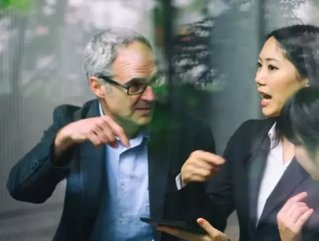 In the wake of Bloomberg’s first non-sector specific gender equality index’s 2018 release coupled with Hays’ Asia salary guide, the South China Morning Post has reported that despite an increase in women in the workforce in Hong Kong, there are still comparatively few in senior management positions.

In fact, Hong Kong comes second to last in Hays’ report in terms of women in senior management positions with women making up only 29%, despite making up 55% of the total workforce in the city in 2016. According to official statistics, overall the percentage of women participating in the workforce has risen from 49% in 2001.

This follows a 2013 ruling that any company listing on the Hong Kong stock exchange must disclose their diversity policy or reasoning for not having adopted one.

The countries ranking highest for women in senior management include Malaysia topping the list at 34%, mainland China at 31% and Singapore at 30%. In last place was Japan with 22%. The average for Asia according to the Hays salary guide is 31%.

Hong Kong and Japan also fared badly for numbers of women making up boards of directors for companies, with only 9.6%. Indonesia has 7.9% of women making up the boards while Japan brings the average of 7.9% down significantly with just 4.2%.

As Bloomberg released its gender equality index, deputy chief of staff to the Chairman, Kiersten Barnet, commented on Hong Kong’s progress (or lack thereof): “At the heart of this lies the current status quo on a societal level, not only in Hong Kong but regionally – and even globally… the iorony is that the region also has highly educated women with strong work experience who contribute to economic growth in their own right.” (South China Morning Post)

Overall in the region there was a marked increase in women working but they still lag far behind men in terms of career enhancement.

The Hays Asia Salary Guide, now in its 11th iteration, was released this week for 2018 and has taken figures from over 300 employers across Asia “representing some 6mn employees”.

Hays has stated of the survey: “employers across the region are unanimous in the belief that business activity and their local economies will strengthen in 2018. Despite the growing optimism, many employers are remaining cautious on increasing headcount in the year ahead”.