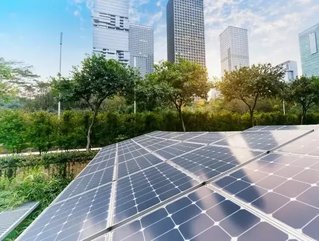 The award was granted on the basis of Hanergy’s outstanding development and performance in the market, with operational excellence bringing it from 91st last year to an overall rank of 78th among the top 500.

Hanergy’s market value of RMB144.4bn is almost triple that of the second largest solar energy firm in China, according to the firm’s press release.

“At Hanergy, we're steadfastly creating and leading the trend of thin film power generation, and achieving our ultimate goal of increasing the brand value of Hanergy,” said Zhang Bin, Senior Vice President of Hanergy, in the company’s statement.

“We're confident that our robust global expansion plan and the deeper understanding of the sector vis-à-vis the trends in the international market will help us go a notch higher globally.”

Hanergy has established partnerships and strategic agreements in a host of territories and regions, including Australia, Japan, Switzerland, Chile, and many more, as well as having had its solar modules selected for testing on the International Space Station.

Since its inception in 2009, Hanergy’s technology has become industry-leading, and example of this success being with its latest solar cells setting a world record conversion efficiency of 29.1%.