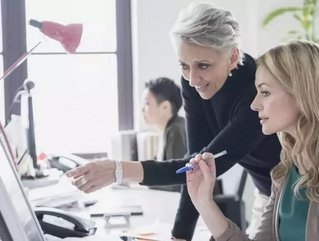 Worldwide employment search engine, Indeed, has published its list of the “50 Best Places to Work in India 2017” which names Google, Bharat Heavy Electrical, and the State Bank of India as the top three.

The list has been put together based on the site’s hundreds of thousands of employee reviews.

Indeed’s India Managing Director Sashi Kumar spoke about what employees are currently looking for in companies. “Company reviews can greatly impact a job seeker’s decision on where they apply.” While compensation and job security will always be top of the list, Kumar states that: “we are seeing strong company culture and a sense of community becoming just as much of a priority.”

The ranking was based on both overall top companies and ratings across individual cateogries.

Google was praised by Indeed users for flexibility, with changeable start times and the opportunity to work from home, for which it provides hardware and software. It was also stated pay was in line with most tech companies in India, and benefits were higher. Work pressure, while some stated their job was stressful, was seen to be dealt with well, since Google provides meals, a gym and spa, and annual trips to aid team building. Many users also mentioned the choice of wearing casual clothing as a plus.

Bharat Heavy was popular for job security and the learning opportunities on offer at the company, such as talks and extra training. Employees cited a good work life balance and medical benefits offered by the company, however some did state there was not as much opportunity for career development within the company as they would like.

State Bank of India was said to have a good working atmosphere with employees stating their colleagues and line managers were friendly and helpful. While the pay was stated to be low, employees enjoyed many learning opportunities, particularly on-the-job training. A point that consistently came up was that the company provided a good place to start for someone wishing to gain experience in many different elements of banking.