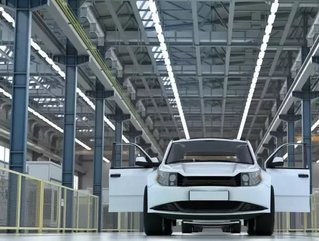 The total value is to be invested over 10 years. GM has asked the South Korean government to contribute toward this.

This follows the announcement that one facility will be shut down and the rest in the country remain in jeopardy.

GM has requested that South Korea invest up to $476mn through the Korean Development Bank, which owns 17% of GM South Korea.

Singapore to limit number of cars on the roads in 2018

The previous $2.2bn debt-for-equity swap which is being used to gain financial support and tax benefits from Seoul is still proposed alongside this investment.

South Korea’s trade minister, Paik Un-gyu, told parliament that GM has been asked to be more transparent about its finances and operations in the country if Korea can be expected to invest in the business. He also stated that a long-term commitment to the country will have to be made prior to any investment.

GM South Korea currently employs 16,000 workers of which 14,000 are members of the GM Korea Union, which has promised to strike if the company decides to leave the country. The Union is putting increasing pressure on GM to come up with a plan as jobs are on the line.

Previously, South Korea was an export hub for GM and produced up to a fifth of its global output.

The closure of the Gunsan plant is part of a series of steps to make the company more profitable. GM has also pulled out entirely from other markets.