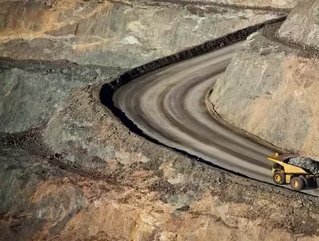 Australian gold explorer Aphrodite Gold announced yesterday that the Australian arm of Canadian-based Franco Nevada, the world’s largest buyer of gold royalties and stream, has advanced the company $2.5 million against a future royalty of 2.5 per cent over production from the Kalgoorlie-based Aphrodite Gold Project.

The advance, coupled with Aphrodite Gold’s recent share placement that raised over $1.7 million, will be used to move ahead with the company’s pre-feasibility study on the Western Australian project site.

According to Mining Australia, this pre-study is expected to be complete by mid-2013, and production is expected to commence within the next five years once a definitive feasibility study has been completed.

The advance will greatly benefit this project timeline: “Franco-Nevada has indicated its interest in the provision of capital funding required to bring the Project into production aimed for late 2014,” said Aphrodite Gold Chief Executive Wayne Ryder in a press statement.

“We intend to use the funds to fast-track our feasibility studies and build on our existing gold resource base.”

The association with Franco Nevada, a globally recognised gold royalty investment leader, is another advantage of the transaction for this small exploration company.

“To catch the attention of a Company such as Franco-Nevada, is a real positive for us and we look forward to working with them over the long-term to drive the Aphrodite Gold Project towards production,” said Mr Ryder.

“[It’s] a firm recognition of both the commercial appeal of our flagship project and the capabilities of our management team.”

According to Aphrodite Gold’s release, “the advance bears no interest, requires no repayments for 5 years and which, provided production at the Project commences within that time, automatically converts to a 2.5 per cent Royalty.”