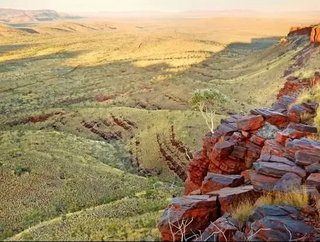 A court ruling made in Sydney over the rights to land in Western Australia’s Pilbara mining region could result in huge compensation claims being made against Andrew Forrest's Fortescue Metals Group (FMG).

The Federal Court ruled exclusive native title to the Yindjibarndi people over land that includes FMG's multi-billion-dollar Solomon Hub mine.

It is a long running dispute, which has also pitted many local groups against each other over who should be entitled to royalties from FMG’s outputs.

Justice Steven Rares ruled: “I have found that the Yindjibarndi are entitled to exclusive native title rights and interests over all of the unallocated Crown land in the claimed area and the Yandeeyara Reserve, except for a small area occupied by the Tom Price railway.”

Though FMG could be taken to court for large sums in compensation, its secretary Alison Terry said in a statement: “The court's decision has no impact on the current and future operations or mining tenure at the Solomon Hub.”

The claim for exclusive native title of the 2,700 sq km area of land was first filed by the Yindjibarndi Aboriginal Corporation in 2003. It has since resulted in unsavoury relations between company and communities, with family groups also embattled against each other.

However, this is being labelled a landmark case that could set the precedent for similar rulings in Australia where mining operations and native peoples’ homes coincide.