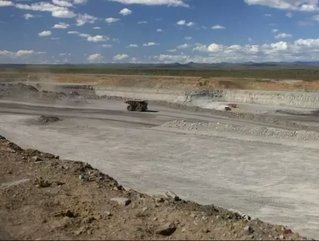 The $1.7bn deal includes Rio’s 82% stake in the Hail Creek mine in the northern Bowen Basin and 72.1% share in the undeveloped Valeria coal site in the central Bowen Basin. Combined, the two sites are estimated to hold around 1.35bn tonnes of resource.

The miner also confirmed it wants to sell all of its coal assets in Australia and is embarking on a separate process to do so.

Rio Tinto Chief Executive J-S Jacques said: “The sale of Hail Creek and Valeria delivers compelling value for our shareholders and continues our strategy of strengthening our portfolio, focusing on highest returns, maintaining a strong balance sheet and allocating capital to the highest value opportunities.”

Rio is expected to pay $300mn in income tax on the deal, which is subject to regulatory approval from the Foreign Investment Review Board, Queensland government and foreign competition authorities.

The company’s departure from Australian coal comes as the country bids to shift towards a cleaner energy generation sector, with numerous solar, wind and battery storage projects underway across multiple provinces.