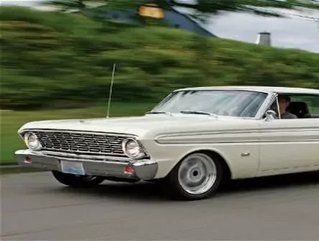 The Ford Falcon, an icon on Australia’s roadways, is further in jeopardy of being replaced by the US-made Ford Taurus as the Victoria-based manufacturer plans to cut 440 workers and slow daily production from 209 to 148 vehicles.

The job cuts, due to take place by November, will affect workers at both the north Melbourne plant as well as Geelong.

According to Business Spectator, workers will be sacked unless the 440 mark is not met through voluntary redundancies.

“Everyone is shocked. No one [believed] it until now," said Ford worker Medhad Khalifa to AAP outside Ford's assembly factory in Broadmeadows, adding that employees thought the number of job cuts would be limited to 130.

"We heard before they would cut some people but not this massive number," he said.

The Federal Government will offer no further funding to assist the ailing Australian auto industry, having already committed $5.4 billion through 2020. The $34 million contributed in January will help Ford maintain its local operations until at least 2016, including the manufacturing of the Ford Falcon and the Territory SUV.

According to Prime Minister Julia Gillard, that act of charity made a significant difference.

"If we hadn't stepped forward to work with Ford we would be talking about job losses in their thousands," Ms Gillard told reporters.

According to Reuters, Australia’s vehicle production numbers have been steadily decreasing since 2004, posting 400,000 that year and 250,000 cars in 2010. The industry employs approximately 55,000 people and sustains 200,000 other manufacturing positions.