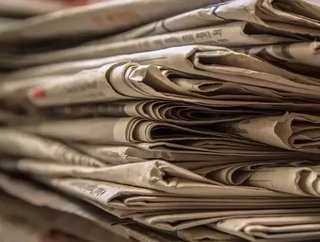 The AUS$4bn (US$3bn) deal will see the firms form “the largest integrated media player” in the country, Nine Entertainment claims.

The agreement will see Nine Entertainment own a 51.1% stake in the new company, which will be named Nine.

Fairfax Media, the parent company of the Sydney Morning Herald and the Australian Financial Review, will own the remaining 48.9% of Nine.

The deal includes the firm’s newspaper business, as well as its radio and digital assets, and Nine Entertainment’s television network.

“This merger with Fairfax will add another dimension, creating a unique, all-platform, media business that will reach more than half of Australia each day through television, online, print and radio,” announced Hugh Marks, CEO of Nine.

“For our audiences and employees, this means we will continue to be able to invest in premium local content across news, sport, entertainment and lifestyle.”

“We are confident that the strength of the combined management team and staff will ensure the continuation of our quality journalism,” stated Greg Hywood, CEO of Fairfax Media.

“The arrival of all of the online news services has made the media so much more competitive than it used to be,” commented Australia’s Prime Minister, Malcolm Turnbull.

“I think bringing them together enables two strong Australian brands, with great, long — very long — traditions, to be able to be more secure.”