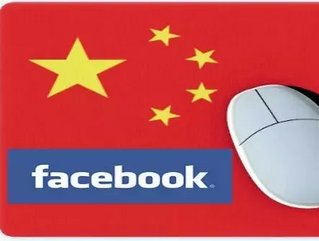 As part of its effort to connect with the 2 million internet users worldwide, Facebook has set its sights on one large nation who has refused to lift its ban on the popular website: China.

China reportedly banned Facebook and Twitter back in 2009 after the government deemed that the social networking sites were encouraging social unrest during the syringe attacks in Xinjiang, but with half a billion internet users, the nation is a huge market for Mark Zuckerberg’s empire to expand.

Though Zuckerberg has been talking with China’s largest search engine Baidu about working together to operate Facebook in China, the AAP reported today that Facebook has “next to no chance of operating freely” in the country unless they accept China’s rigorous regulations.

“Under the current political structure (it has) probably zero to nil” chance of operating in China again, Bill Bishop, a Beijing-based internet consultant and investor, told AAP.

The social site’s shot at expanding to China was further hindered earlier this year when protestors took to Facebook to organise demonstrations and strikes during the Arab Spring unrest across North Africa and the Middle East.

Since China operates a number of carefully censored social networking sites already, Facebook would need to develop a creative strategy to set themselves apart from the likes of Weibo and Renren.

Since this October marks the once-in-a-decade political transition in Beijing and the government is likely to not take any big risks that could jeopardise its enterprises, Zuckerberg may struggle to attract support for Facebook this year.

"The government is very cognitive of the power of these networks and the potential threats to the government,” said Bishop.