Everything you need to know about: Alibaba 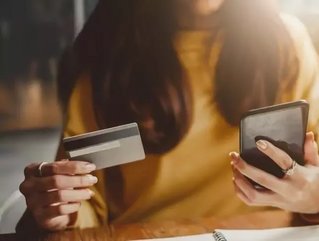 In some senses, it is easier to describe what Alibaba doesn’t do rather than what it does. Its main business revolves around its suite of ecommerce sites (Alibaba.com, Taobao and Tmall), but it also has interests in electronic payments, cloud services, and numerous other services provided by affiliates including Alipay.

Alipay’s relationship with the wider Alibaba Group had been murky, with its owner Ant Financial spun off from Alibaba while still headed by Alibaba’s founder Jack Ma. Recently, their affiliate relationship was made more official via Alibaba’s acquisition of a 33% stake in Ant Financial.

Ma played a crucial role before stepping down in September, leading the company from its beginnings as a B2B marketplace in the role of Executive Chairman. He was replaced by CEO Daniel Zhang, with the aforementioned acquisition being one of his first major moves in his new role. Before leaving the company, Jack Ma’s net worth was $37.3bn, while the company reported its FY19 revenue as being $56.15bn.

These are crucial times for Alibaba, what with the approach of the shopping extravaganza that is Singles’ Day. Taking place on the 11th of November every year, the occasion eclipses similar events such as Black Friday or the Boxing Day sales. In 2017, more than $25bn was spent on Singles’ Day by Alibaba shoppers.

Though the event was not started by the company, instead supposedly inaugurated by students at Nanjing University in the 1990s, it is closely associated with Alibaba, which lays on a gala with celebrity appearances to celebrate the event. This year, the singer Taylor Swift is receiving top billing, her star power demonstrating both Alibaba’s irresistible heft and the esteem in which the company holds Singles’ Day. Prior appearances have come from the likes of David Beckham, Nicole Kidman and Pharrell Williams.