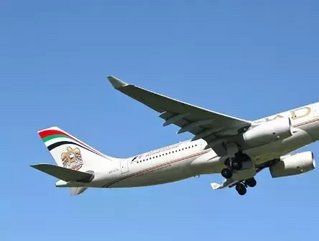 Dire news keeps piling up for Qantas, Australia’s beloved carrier. Etihad Airways announced today it has been approved by the Foreign Investment Board to double its stake in Virgin Australia, resulting in a sizeable 10 per cent stake in the company.

Etihad has appreciated a 10-year partnership with Virgin and entered into the Australian market just five years ago. The carriers operate 24 flights a week between Abu Dhabi and Sydney, Melbourne and Brisbane, with plans to service Perth in the future.

Significant revenues have resulted from the arrangement, Etihad said in a released statement today, adding "It is expected that the equity stake in Virgin Australia will lead to further revenue generating opportunities.” Codesharing, joint bidding for corporate contracts and reciprocal frequent flyer benefits are involved in the carriers’ international flights.

The Abu Dhabi-based carrier has had a 4.99 per cent equity stake in Virgin Australia since early 2012, and as the gravity of the situation has deepened, Qantas has taken measures to protect its position in the industry.

Lobbying government and opposition politicians regarding their concern on Etihad’s desire to invest in Virgin Australia, Qantas said the company is aiming to "cross-subsidise Virgin's domestic business with the specific aim of weakening Qantas.”

Current Virgin Australia shareholders include Sir Richard Branson’s UK-based Virgin Atlantic Group, claiming a 26 per cent stake, with a 19.9 per cent stake owned by Air New Zealand. Earlier in the year, Quantas Airways called for Virgin Australia’s proposed ownership structure – in which the carrier’s international operations would be transferred to a separate, unlisted entity owned by current shareholders – to be analysed by regulators.